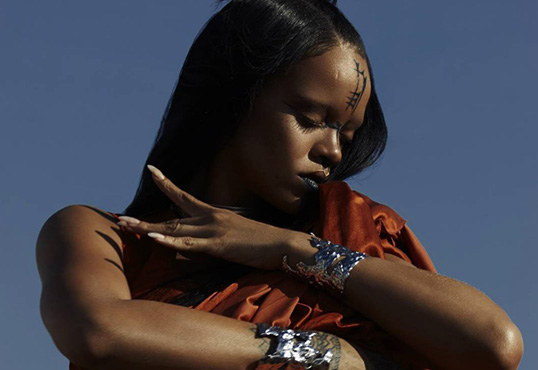 Rihanna will retake the role of one of the most famous murder victims in film history.

With a video announcement at Comic-Con in San Diego on Friday (July 22), the pop singer revealed that she will be playing Marion Crane in the upcoming final fifth season of “Bates Motel,” the A&E prequel to Alfred Hitchcock’s 1960 film Psycho.

“I’m about to check into the Bates Motel very soon and guess what else? Guess who’s playing Marion?” she said in a short clip.

The role was originally played by Janet Leigh in the horror classic. In it, she is stabbed to death in the shower to the tune of screeching violins. She nabbed a Golden Globe and an Oscar nomination for Best Supporting Oscar for the film.

“We wanted to thrust the iconic role into a contemporary spotlight and redefine it in a meaningful and exciting new way. We also heard Rihanna was a fan of the show, and we were huge fans of hers, so it was the perfect collision of creativity and fate,” executive producers Carlton Cuse and Kerry Ehrin said in a statement, according to The Hollywood Reporter.