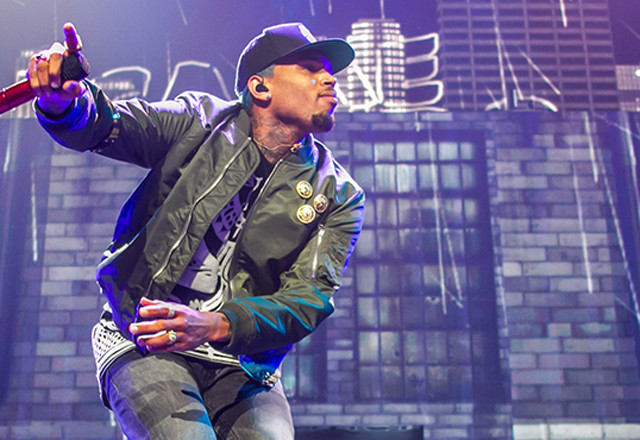 Chris Brown has been released from jail on $250,000 bail after being taken into police custody on suspicion of a charge of assault with a deadly weapon.

Mark Geragos, the crooner’s lawyer, sent the following statement on Twitter defending his client, and also announcing his release: “Thanks to everyone for their support and well wishes. Chris is out and well. The allegations against him are demonstrably false #TeamBreezy”

Brown shared the message on his own Instagram too.

Despite the less-than-favorable circumstances the singer has found himself in after an almost 14-hour standoff with LAPD on Tuesday (August 30), there could be some hope for Breezy.

TMZ is reporting that Baylee Curran, the woman who claims Brown pulled a gun on her at his home on Tuesday, is wanted in New York City for questioning after allegedly stealing a designer purse back in 2013.

According to the website, Curran was vacationing at New York City’s Plaza Hotel when an argument between friends broke out. In the middle of the chaos, Curran snatched a $1,000 Louis Vuitton purse from one of the girls and made a swift exit.

She allegedly dropped the purse after being chased by security, but is accused of keeping its contents, which included $200 in cash, several credit cards, and a Michael Kors wallet.

Curran’s allegedly sticky fingers could prove beneficial for Brown’s defense, given that she accused the singer of pulling a gun on her after she was admiring a piece of jewelry from someone in Brown’s entourage.

Shortly after Curran reported the alleged incident to police, officers arrived at Brown’s home to question him about the incident.

Brown wouldn’t let authorities in without a warrant, and from there a standoff, which was broadcast all over social media, began. After about 14 hours with police and media outside his home, Brown came out and was arrested on suspicion of assault with a deadly weapon.