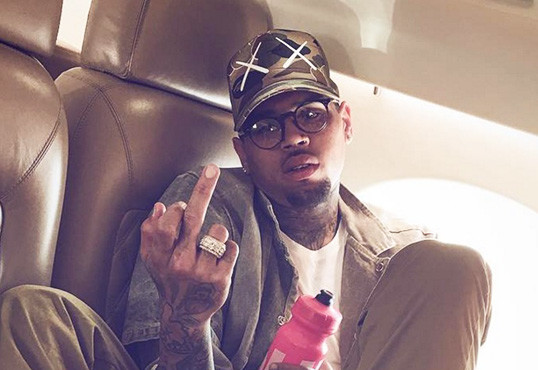 Chris Brown’s frequent shenanigans on social media seem to be an ongoing story. But many thought he’d at least stay out of legal trouble after getting off probation in March 2015.

Following reports that Breezy had pulled a gun on a woman at his home early Tuesday morning, he was confronted by police at his Tarzana, CA home in a standoff that’s was being live streamed all over social media. Meanwhile, Brown was defending himself against allegations on his Instagram account. He even threw a duffle bag that allegedly contained weapons and drugs out of his window.

According to reports, the case has now been taken over by LAPD’s Robbery Homicide Division because of its high-profile nature as authorities attempt to gain a search warrant. That hasn’t stopped Twitter users from dropping reactions to recent developments.

Chris Brown in the crib right about now pic.twitter.com/JRktxHxmXQ

When you see Chris Brown is trending. pic.twitter.com/FuaXjdmI5d

When you see the cops entering Chris Brown's house pic.twitter.com/XrMuGUFmuR

Chris Brown ain't about to play with y'all pic.twitter.com/5P0LRwozMb

Damn it sound like chris brown on his 4th star in GTA pic.twitter.com/lrFflJ7scw

For the latest on the story, check HipHopDX’s article.