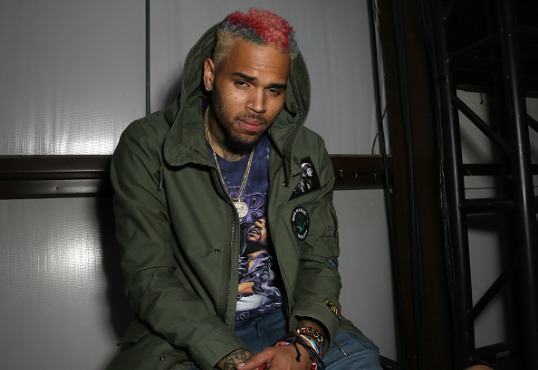 The Los Angeles Police Department are seeking to charge Chris Brown for disturbing the peace after his neighbors called in complaining about him riding his ATV around his Tarzana, California neighborhood on Wednesday (May 11).

Police say residents identified Brown and members of his crew and accused them of performing dangerous stunts around children,  Los Angeles Times reports.

“We had a citizen complain about two males in the area, riding ATVs, at high rate of speed through the alleys,” Sgt. James Harper, with the LAPD’s West Valley division tells ABC News 7. “The citizen saw a person he recognized as Chris Brown in the area. At that point, he came on to his property, did a couple of doughnuts on his front lawn.”

Los Angeles Police Capt. Paul Vernon says one resident asked Breezy to stop and the R&B singer in turn cursed him out before riding the ATV back to his house and parking it in his garage.

The GRAMMY Award-winning singer also allegedly exchanged words with the neighbor telling him, “Fuck you and fuck the cops,” according to TMZ.

Once police arrived at his gate, the singer’s security detail denied them entry and asked that they call his lawyer.

A complaint has been filed with the Los Angeles city attorney who will then decide if they will pursue charges.

Neighbors have called the police on Brown five times since he moved in to the Los Angeles suburb last year.

Chris dumped his West Hollywood condo last summer, where tenants also had an acute disdain for him and often complained about his parties and the bright-colored graffiti monsters plastered against the wall of his condo outside.

Earlier today (May 14), Breezy was back at it again, this time taking it slower with his daughter Royalty and his best friend Tyga‘s son King in tow, capturing it all on his Snapchat story.