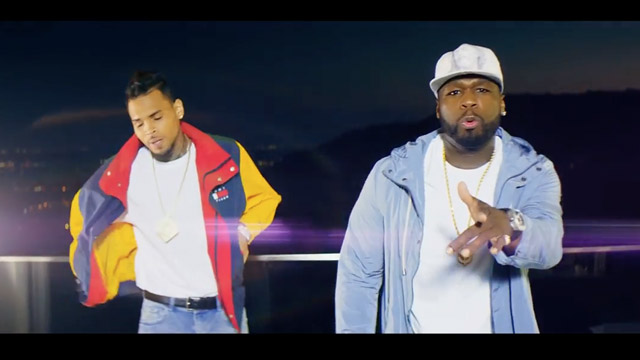 One of 50 Cent’s most critically acclaimed projects in years, The Kanan Tape sounded like a return to form for G-Unit’s fearless leader. Inspired by Power’s most ruthless villain (also portrayed by Mr. Curtis Jackson), the mixtape featured guest appearances from Post Malone, Boosie Badazz and more when it dropped in late 2015. One favorite track of fans and even Baby himself who said the track should be played a million times a day was the Sonny Digital produced “I’m the Man.” Striking the iron while it’s hot, Fiddy looks to release the project as The Kanan Tape Reloaded with a handful of additions. This includes the addition of Chris Brown on the “I’m the Man (Remix).” For the video treatment-which dropped today—both artists enjoy the luxurious life in the hills and gladly bring Kandypens along for the excursion. Look out for the second half of the video which features a teaser snippet of their new track dropping on The Kanan Tape Reloaded named “No Romeo, No Juliet.”

French Montana, Nas, Kanye, Fat Joe & Remy Ma, Young Thug, Chris Brown, Tyga, Jadakiss, K-Camp, Kid Ink and Fetty Wap have all featured the brand in their videos. Understandable as High Times called Kandypens the best vape solutions and named them on their 2015 Holiday Gift Guide Best of List. According to the popular marijuana publication, the brand represents the newest generation of pen vaporizers with a stellar combination of popular technology and flashy design. A clear winner has been chosen – KandyPens is the go to choice for vaping in the Hip Hop & Rap community.

Be The Man With Kandypens

The Baddest Females Use Kandypens