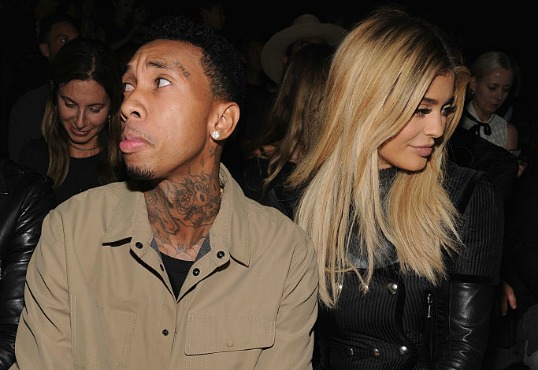 Los Angeles, CA – Stop us if you’ve heard this one before: Tyga and Kylie Jenner are no longer a couple.

TMZ is claiming that the now former couple called it quits after last week’s Met Ball when the estranged Young Money member “had the nerve” to show up as her plus one and walk the carpet as if he was the center of attention. Reportedly, Tyga didn’t lose any sleep over the incident and took his mother and some undisclosed model out for a Mother’s Day meal last Sunday.

While many Hip Hop fans would be hard-pressed to admit it, the star rapper has given the world an extremely entertaining storyline regarding his relationship with the Keeping Up with the Kardashians star. Rumor broke that Tyga was first dating the then 17-year-old Jenner in 2014, raising concern for dating laws in California and have been subjected to several breakup news stories to which they seemingly confirmed by their actions.

According to the latest report, this current split will leave a permanent scar. In order words, it’s over…until they reconcile.