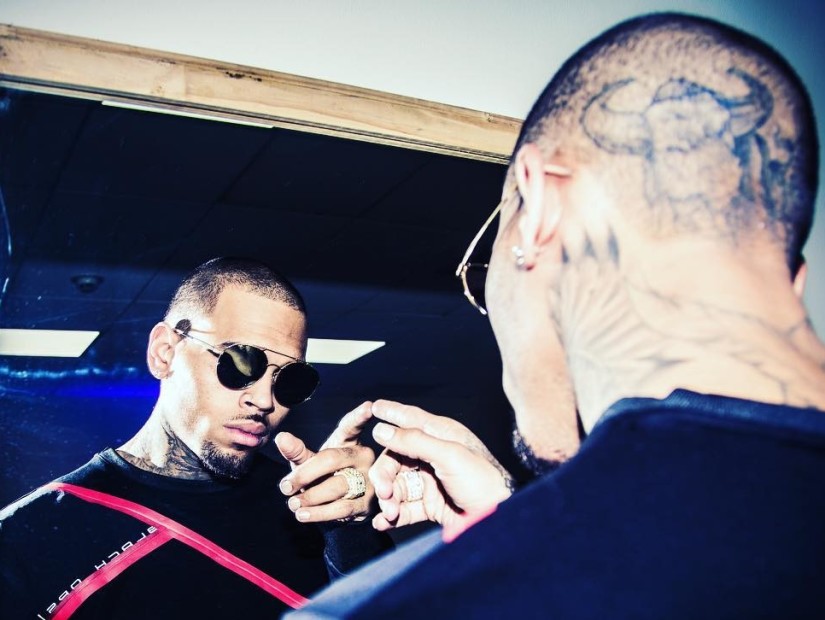 Ex-Roommate Of Chris Brown's Accuser: "I Truly Don't Believe She Was Assaulted"

Los Angeles, CA – Looks like Chris Brown‘s accuser, Baylee Curran, not only has a past obsession with the R&B singer she accused of pulling a gun out on her, but she also has a habit of accusing people of assaulting her, according to her former roommate, Angel Monroe.

Monroe tells Complex that she met Curran nearly four years ago and they periodically lived together as roomies. The then-close friends also attended the 2012 Billboard Music Awards together. Baylee carried hopes of meeting Chris there, which she did for a very brief moment according to tweets from that night on her Twitter.

@chrisbrown hope to run into you at #BILLBOARDMusicAwards or after party tomarrow night? HMU wit my grl @COPYrightMONROE

@chrisbrown congrats!! And good seeing you today even just for a sec:) see you tonight

“I know she steals. I know she was obsessed with Chris Brown, she always has been,” Monroe says. “Do I think she did it for attention? Sure. Do I think Chris told her to get out? Sure, and maybe startled her, but I truly don’t believe she was assaulted.”

While living together, Angel says that she thought Baylee stole expensive items and gifts that her ex-fiancé purchased for her such as a four-carat engagement ring, three diamond rings, two diamond heart pendants and a Chanel diamond set, among other luxurious trinkets.

“Once things went missing, I told Baylee to leave and pack up and get the F out,” Monroe continues. “She called the cops on me and threatened to tell the cops I tried to assault her.”

In 2013, it appears the dethroned beauty queen filed a restraining order on another former roommate of hers, Princeton Roseborough, according to TMZ. Her claim? Princeton threatened to hire a hitman to kill her. The restraining order was eventually lifted because Curran was a no-show at the court hearing.

“I’ve had a past encounter with Baylee Curran back in 2013,” Roseborough wrote in a Facebook post. “She was my roommate and also made false assault allegations against me that resulted in a restraining order that forced me out of my own home for a month. She never even took her allegations seriously enough to show up in court when it came time to. The whole thing went away, didn’t have merit, but my whole life was still turned upside down for a month. She’s been pulling this BS for years now.”

Curran was an unwanted guest in Chris’ Tarzana palace when she was kicked out for what she alleges as only “admiring” a piece of jewelry. After being kicked out she called the police and told them Brown pointed a gun at her. The threat was taken seriously enough to where there was an hours-long stand-off with the LAPD outside Breezy’s home while media outlets live-streamed the whole ordeal.

The 27-year-old singer was then taken into custody on suspicion of assault with a deadly weapon and was eventually released after paying a $250k bail.

Many celebrities have reacted to the incident in full support of Chris Brown such as 50 Cent and Waka Flocka who suggested that Baylee should be in jail right now.

Chris, on the other hand, has decided to turn the other cheek and focus on his music.