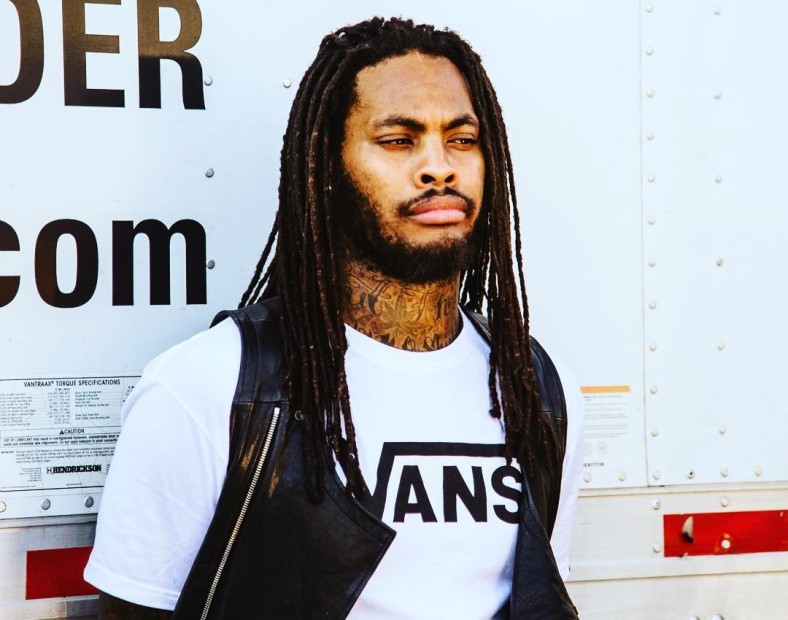 Los Angeles, CA – Waka Flocka Flame fully supports Chris Brown despite a woman accusing the R&B singer of pointing a gun at her, which resulted in an hours-long standoff with the Los Angeles Police Department outside his Tarzana mansion and then eventually his arrest.

Waka suggests that the woman, Baylee Curran, should be jailed for making the accusations against Brown, claims that his lawyer has gone on record to call, “demonstratively false.”

“I think that fucking girl needs to sit her ass in jail for it,” the Brick Squad rapper tells TMZ.

Waka doesn’t believe Chris pointed a gun at her at all and thinks she is simply thirsty for attention. After the police standoff, he sent out his support for Breezy on Twitter.

Following the incident, the “Grass Ain’t Greener” singer was taken to jail and charged with assault with a deadly weapon. He was released on a $250k bail early Wednesday (August 31) morning.

Since the debacle at Chris‘ home occurred, it has been reported that Curran is wanted in New York City for theft. And that crown she’s claiming for Miss California Regional 2016, it was stripped from her in June for violating a moral clause. She has since refused to return the sash and crown.

Curran claims Chris pointed a gun at her after he noticed her “admiring” some jewelry. She was then thrown out and allegedly asked to sign a non-disclosure agreement, which she refused, before calling 911 and then TMZ to report her story.

Check out the video of Waka Flocka defending Chris Brown below.