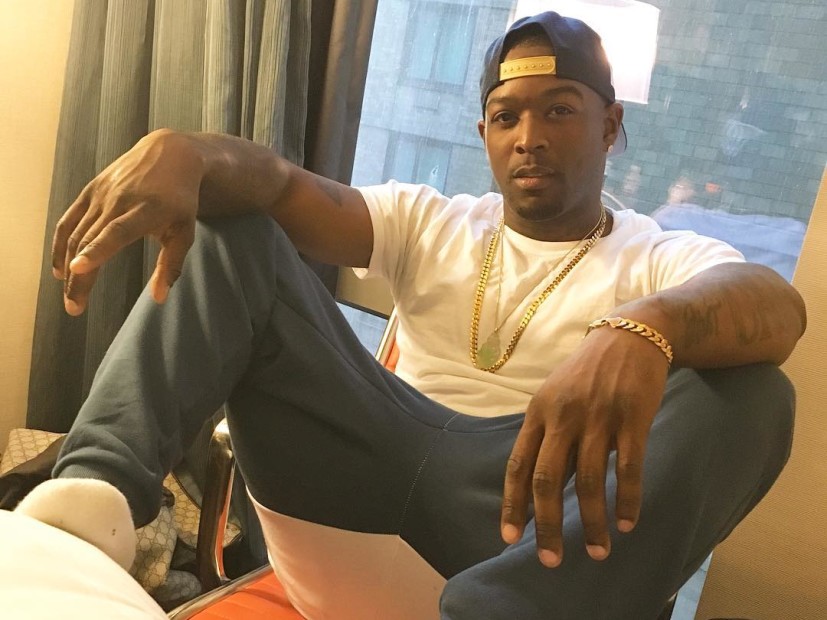 Granada Hills, CA – Desean Jackson’s Jaccpot-affiliated artist Kid Cali, born Justin Lishey, was shot and killed at a Granada Hills pool party Saturday (August 20) night at about 9 p.m. He was 28 years old and leaves behind a young daughter and had another child on the way.

Two others were also shot in the multi-million dollar neighborhood home and are expected to survive.

The Los Angeles Police Department is investigating the tragedy and are trying to figure out who owns the home. The party was allegedly held by Chris Brown‘s ex-OHB friend Kid Red, according to a flyer posted on Kid Cali’s Instagram.

The gunman allegedly shot the Los Angeles-based rapper six times and quickly got away on foot. Kid Cali was taken to the Holy Cross Hospital by ambulance after the pool party guests called 911.

Desean Jackson, Chris Brown, Mozzy, Nipsey Hussle and Snoop Dogg among many other celebrities have tweeted out their support for Kid Cali. He lived a life that affected many people’s lives positively. His unique, grimy-sounding way of rapping made him a stand-out star.

“Woke up to some horrible news this morning,” Matt Barnes wrote in an Instagram post. “RIP @kidcali_oso Another father taken over some bullshit!”

“Can’t believe we just had this Convo on yo Cake day 7 days ago & now u gone ..,” Desean Jackson captioned on Instagram. “@kidcali_oso Shit unbelievable come bac bro u 2 good of a homie”

HipHopDX sends its condolences to Kid Cali’s friends and family during this difficult time.

Check out the social media posts from those paying their respects to Kid Cali below.

Can't believe we just had this Convo on yo Cake day 7 days ago & now u gone .. @kidcali_oso Shit unbelievable come bac bro u 2 good of a homie ????

Woke up to some horrible news this morning.. RIP @kidcali_oso
Another father taken over some… https://t.co/ctSTIq8kyG

My heart is heavy this morning. Transcend sweetly @KidCali_Oso ! rip and bless up. U believed n my music so much & always kind 2 me

Woke up to some bad news ! SMH #ripkidcali u always had a smile on your face which made me smile . Rest in heaven nephew . My condolences go out to his family and friends and to @bigu1 @0ne0fone #uneekmusic #jaccpot #weworking ??

She is the biggest loser………. R.I.P @kidcali_oso

RIP My nigga dawg. Straight genuine always smiling & just enjoying life. We just got thru talking about how we was gone shoot this video & go up smh #LongLiveOso #RipCali @kidcali_oso