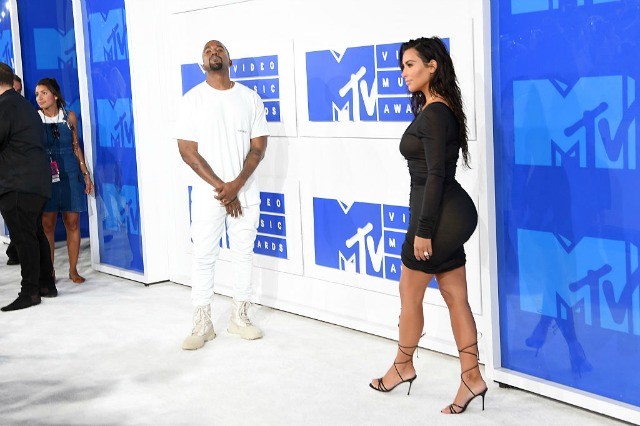 Kanye West and Kim Kardashian pulled off their patented make sexy for the cameras on the blue carpet, as did Nicki Minaj and Meek Mill, who both appeared to be far from worried from the current drama that circulates their lives as individuals.

Speaking of blue, Beyonce arrived on the scene with her 4-year-old daughter/starlet-in-the-making and made a similar statement like the one made on her recent album Lemonade’s visual aspect by being accompanied by the mothers of Trayvon Martin and Michael Brown, as well as Annie actress Quvenzhané Wallis and model Winnie Harlow.

Elsewhere Fat Joe and Remy Ma furthered their solidarity, Nick Cannon kicked it with Heidi Klum, G-Eazy and Britney Spears are sure to raise eyebrows starting tomorrow and a recently reconciled Diddy and Cassie showed up together, but were photographed separately.

Take a look at the blue carpet treatment from the 2016 MTV Video Music Awards.