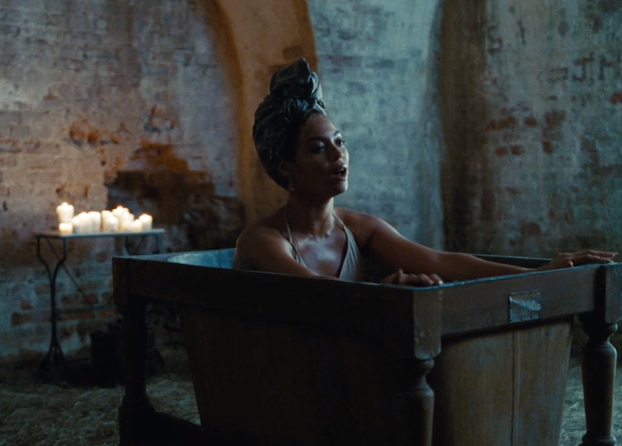 Beyonce’s LEMONADE album is available for purchase on iTunes as of today (April 25).

After starting as a TIDAL exclusive, the project is available for $17.99 on the Apple website. The hour-long video that premiered on HBO comes upon purchasing the album in its entirety. Each of the 12 tracks is available for purchase individually.

LEMONADE features appearances from Kendrick Lamar and the Weeknd and production from Diplo, Hit-Boy and Just Blaze. Soulja Boy and Outkast are listed as writers on the album because of samples used.

Beyonce’s LEMONADE album currently sits as a TIDAL exclusive after its HBO premiere yesterday (April 23). The streaming service’s exclusivity is set to expire tonight (April 24) at midnight EST, according to the New York Times as LEMONADE will be available for purchase at iTunes.

The project features Kendrick Lamar and The Weeknd and enlists Diplo, Just Blaze and Hit-Boy for production.

TIDAL also exclusively premiered Rihanna’s ANTI album, but the project was leaked in the rollout process. Kanye West’s The Life of Pablo lived on the streaming service for almost two months. That project was reportedly streamed 250 million times in the first 10 days after its February release.

Beyonce left us gasping for breath as she debuted her latest album LEMONADE on HBO this evening (April 23).

The project is labeled as a visual album, not just an album and lasts for a little over an hour.

LEMONADE is entangled with quotes such as “Why can’t you see me? Everyone else can,” and chosen words from Somali-British poet Warsaw Shire’s Teaching My Mother How To Give Birth and “For Women Who Are Difficult To Love.”

The visual album consists of 12 tracks with features from James Blake, Jack White, Kendrick Lamar and The Weeknd.

Beyonce’s LEMONADE is now available to stream below.

Beyonce’s LEMONADE album cover art and tracklist is down below as well.