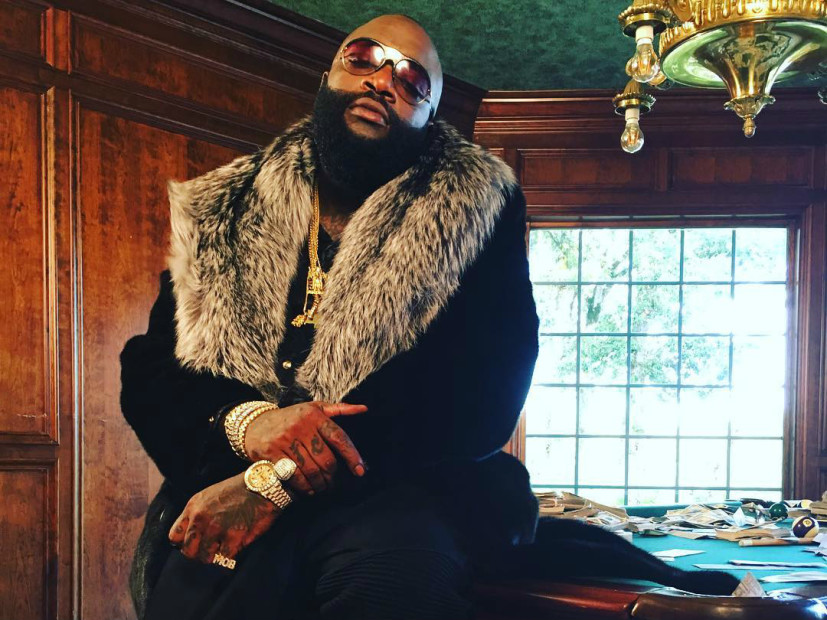 Rick Ross continues to defend Meek Mill and echoes his MMG artist’s statement that the Philly rapper did not take an L in his beef with Drake.

“Just on some G shit, nigga ain’t lose to nobody,” Rozay says on the Drink Champs podcast. “Y’all better study the game and how the game goes.”

He says that, despite his relationship with Lil Wayne, he hasn’t spoken to Drake since the beef started after Meek Mill accused Drizzy of using a ghostwriter last summer.

“Just on some one thousand shit, you either be G enough to whatever the issue is, niggas bring it to the table or you just let it go out of control and see what happens,” Ross continues. “I always been one of the niggas so when I first spoke on it on The Breakfast Club, you seen I was obviously speaking in a peaceful tone because that’s my way of telling niggas, y’all niggas need to tighten up so niggas can get it right because if you assuming a nigga respect whoever your big homies is, you wrong. If you assuming me and for my dawg, I ain’t, you know. So it’s whatever. If it’s gonna be, whatever. If it’s gotta go there, man, Renzel gonna jump off the porch on your ass and that’s just the way I’ve always been and Ima die that way.”

In regards to Lil Wayne’s own beef with Birdman, Rozay says that he stays out of that one because of his friendship with Weezy. They were pictured together with Trick Daddy at a show in Miami, with Wayne seemingly taking their side over the Cash Money CEO’s after Birdman walked out on The Breakfast Club reportedly over comments Trick Daddy made.

“Really all conversation that came to me, I just killed,” he says of Birdman reaching out to him. “Let’s just be about our business. We all owe each other that. Bringing bad business to my city, that wasn’t the vibe. Take care of your family. That’s what I do first.”

Weezy appeared on Rick Ross’s Port of Miami album, which celebrates its tenth anniversary this year. In regards to the triangle between Lil Wayne as Drake’s mentor and him beefing with Meek Mill, Ross says that it has not affected his relationship with the Young Money boss.

The MMG boss emphasizes not letting emotions get the best in any feud, but really planning out your moves.

“The whole game, if you study the game, you done seen the biggest niggas, the wisest, it’s about being wise,” he says. “A fool is quick to go to war. It takes a wise man to put the plays together and keep it in a way niggas keep getting money at all times.”