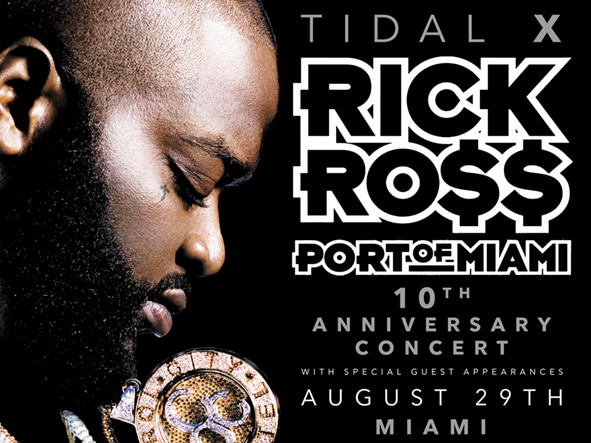 Rick Ross has established himself as a boss in the rap game not only through his own work, but also as the leader of Maybach Music Group.

It all began with his debut album, Port of Miami, which was released August 8, 2006, making today the project’s 10th anniversary. To celebrate, Rozay is scheduled to perform at the Port of Miami on August 28. TIDAL will live-stream the event for members and non-members.

The MMG leader spoke with Rolling Stone about the concert, which he says will feature special guests. Featured artists on Port of Miami include Lil Wayne, Akon and Jay Z and Jeezy on the remix of “Hustlin.”

“I wanted to do it as big as possible,” he says. “They shutting down Port of Miami and setting the fucking containers in the way where I could stand on them and the world can see me.”

Ross announced he signed to Epic Records in January. His last LP, Black Market, was released in December and charted at #6 on Billboard’s Top 200 albums.