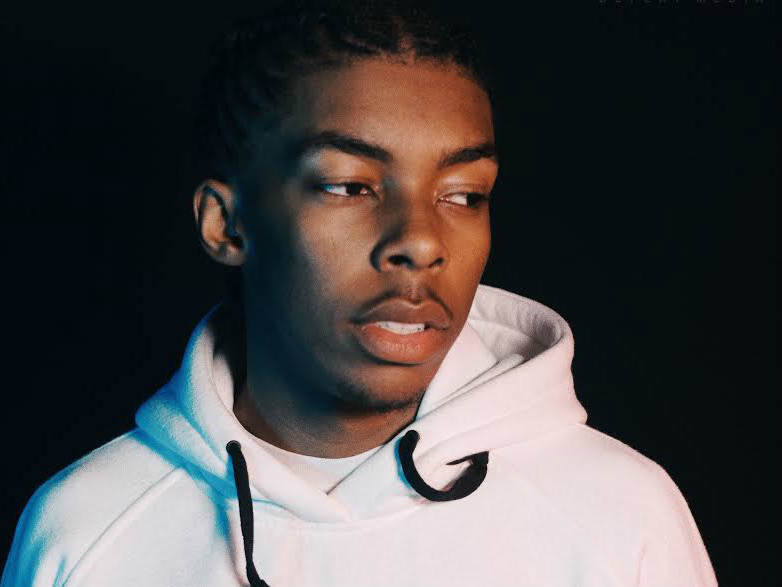 Bishop Nehru Wants To Be Great Like Kanye West

At 20 years old, Bishop Nehru has already made himself known in many Hip Hop circles. And he hasn’t done it through viral videos or crazy hairdos — just music. But the New York rapper wants to be known for more than just a co-sign from the old heads and that’s what influenced his Magic 19 mixtape, which he is now taking on tour.

“I wanted to show pretty much that I was influenced by more than just boom-bap,” he says to HipHopDX in a phone interview days before his 20th birthday. “Because I feel like everybody just feels like that’s all I’m influenced by is just Nas and MF DOOM and Wu-Tang and all those guys when I listen to a whole bunch of different kind of music.”

After doing a slew of festivals this summer and traveling around Europe to bring Magic 19 to life, Bishop Nehru is set to perform at a Red Bull Sound Select show for his first performance in Los Angeles. He says he’s excited to perform tonight (August 31) at The Regent where he plans on presenting new music and playing his favorite cuts from the mixtape, “He The Man” and “One of a Kind” because they get crowds moshing.

“Can’t wait to see what the energy is like over there,” he says of the West Coast city. “It’s gonna be my first show there, so it should be crazy. Hopefully, but I don’t know what to expect. I know in New York, they’re a lot calmer and you gotta get them amped, but I wonder if LA’s just like energy off the rip, I don’t know. I feel like they’re more into the rock scene, so it’s more amp, the energy’s probably crazier.”

Someone who’s on his own tour right now with Snoop Dogg is Wiz Khalifa, who Bishop says is a great influence on him that people might not have known. He says he started listening to the Pittsburgh rapper in middle school around the time Kush & OJ dropped.

One artist he says he was ahead of the curve in supporting is Kanye West. Bishop says that, unlike Wiz, he remembers being a day one fan of Yeezy since 2004 when he released College Dropout. It was another album, though, that the young MC says really made him understand West’s vision when others didn’t.

“I was older, it wasn’t like I got on it late or anything, it was right in the moment, it was just different,” he says. “I got to watch everything happen, especially when he dropped 808s & Heartbreak and everybody thought it was trash and now look at it. ‘Cause I loved that album. When it first dropped, I was in love with the whole process of it. When he first performed ‘Love Lockdown’ at the VMAs, all of it, I loved everything. When people said it was bad, I didn’t understand, but now look at it. People are inspired by it. It made a whole wave. I watched all that unfold, and I’m just like, it was only a matter of time before that happened. I got to watch someone who actually became great.”

Bishop’s on his own path toward greatness as he combines all of his influences and infuses his love for movies into his creative vision. He says Magic 19 was inspired by The Matrix and for his birthday, he was planning on going to see Don’t Breathe. He hopes to create his own sort of movies one day through his visuals.

“Lately, I’ve just been trying to put content out to get to where I can get the budget to make videos like movies,” he says, mentioning the release of his “Midnight Reflecting” video.

With another year under his belt, Bishop feels a sense of accomplishment, but is excited for the continued journey ahead. He is working on refining the concept for his debut album and has three titles that he is considering. He’s confident whatever comes next will be another step toward furthering his legacy.

“Lil B was hot when he was 20. He took over when he was 20 and I’m 19 now,” he says. “I think I’m doing pretty good. I feel like I’ve got the Internet, not on lock, but I pretty much have a name on the Internet and outside the Internet as well. People walk up to me and wanna take pictures and stuff. Pretty much I’m getting booked for shows and stuff like that, so I think I’m doing pretty good for a 19-year-old. I definitely do see it as motivation that I’m so young. It’s like it can only get bigger. I’m one of those artists who wants to be as big as possible. I’ve always said that since the beginning. I look up to people like Kanye who truly wanted to from the beginning, do what they wanted to do and they said it and they actually did it. And they never gave up on what they wanted to do and they proved everyone wrong. Or Drake even. I want to show that I’m really an artist, that I’m really, really, really an artist and I take music serious. And I just want the world to see that. And I believe they will. It’s only a matter of time.”