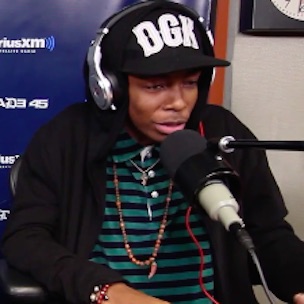 At just 18 and fresh off the release of a full-length collaboration with DOOM in late 2014, Bishop Nehru isn’t resting on his laurels. With Nas overlooking the project as the executive producer, Nehru is currently in the midst of putting together his official debut for Mass Appeal Records.

Speaking with HipHopDX in a clip featured in today’s DX Daily, Nehru opened up about the advice he’s gleaned from Nas in putting together that forthcoming album.

Explaining how the advice was more confirmation than novelty, Bishop also touched on his own hopes for the record.

“I was pretty much just going in that direction anyway of just expressing myself, like more of a poetry thing,” he says. “So, I always been pretty much going for it. I want it to sound as musical as possible. I know that sounds cliche, but I just want it to sound nice to me, what I like listening to. I wanna be able to listen to it whenever I want. That project that I just dreamed of making since [I was] a kid.”