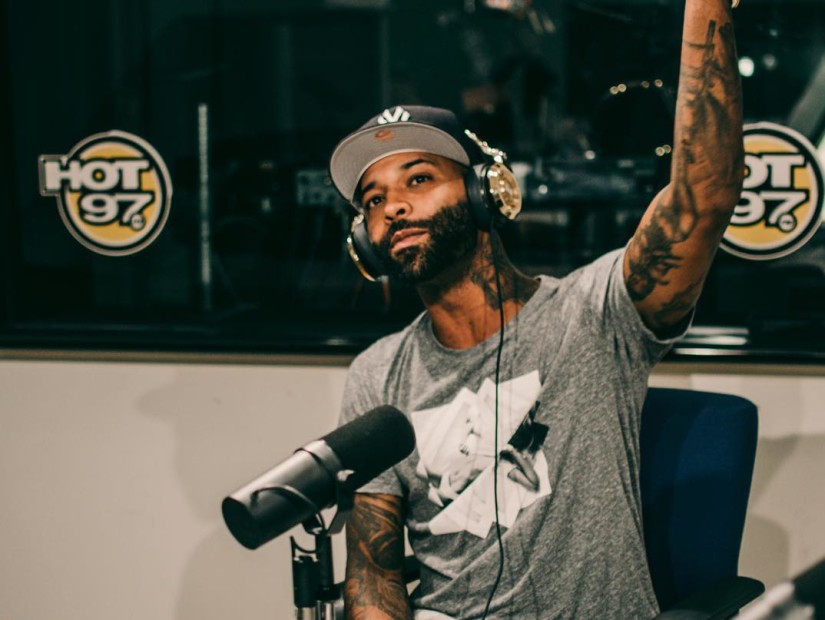 This week in Hip Hop, Joe Budden walks out on Hot97 during his interview with the New York radio station. Elsewhere, Meek Mill finally addresses his beef with Drake and discusses whether or not he took an “L” in last year’s very public feud. Lastly, after it was announced that Kodak Black would finally be released from jail, a few warrants discovered the day of his supposed release holds him back.

Joe Budden made an appearance on “Ebro In The Morning” this week and, after 40 minutes of being interrogated about why he dropped four diss tracks dedicated to Drake, he abruptly walks out of the interview.

The morning crew also pressed him about firing Marisa Mendez, who was also present during the interview, from his podcast which seemed to be the last straw.

“I don’t think that you guys are able to have an objective conversation number one,” Budden tells them. “Number two, this podcast conversation is not a conversation I care to have, especially not early in the morning. Number three, if Peter and/or Marisa feel a way, then there are other mediums for that to be discussed if it’s going to be discussed at all. Number four, I certainly didn’t get out of my bed, away from a beautiful, soft woman to come up here.”

Hot97 also fueled rumors earlier this month of Eminem taking up for Budden by gearing up to drop a diss track for Drake, which Ebro later admitted was a “joke.”

Jokingly enough, Drake brought out Em for a special performance of “Forever” during his Summer Sixteen Tour stop in Detroit at the Joe Louis Arena. Now, it seems Joey is done taking shots at the OVO boss.

Meek Mill spoke to MyMixtapez about the “L” he supposedly took in his year-old beef with Drake. It’s an “L” he feels he didn’t take because regardless of what people were saying on the Internet, he was still getting money and Nicki Minaj is still his girl.

“Last year and the position I was in, people was like going in a wave of I was actually losing, but life was good and sometimes the Internet is kind of uncontrollable where people go with their own ways,” he says.

Kodak Black Is STILL In Jail

News of Kodak Black being released from jail after a Florida judge accepted his plea of no contest to multiple charges, including robbery and possession of a firearm by a delinquent had fans very excited about the XXL Freshman’s release.

He was sentenced to a year of house arrest and five years of probation.

Unfortunately, while being processed out, authorities found the “No Flockin” rapper had two other warrants out of St. Lucie County, Florida and Florence, South Carolina.

One of the warrants was a “no-bond hold,” which means he has to stay behind bars.

EPMD exclusively speaks with DX about Drake sampling their popular song “You’re a Customer” on “4 P.M. In Calabasas.”

Also, Detroit’s own Payroll Giovanni chops it up with DX about the Hip Hop scene and his journey to becoming the king of his streets in his hometown.

The Motor City rapper was featured on Noisey when they premiered an episode focused on documenting D-Town artists such as Trick Trick, Danny Brown, Big Sean and DeJ Loaf.

“The Noisey doc really put a look on me for a lot of people who weren’t hip,” he says. “In Detroit, everyone is hip to me, but it put a lot of suburban kids and older people on me. It got people to look at me on a higher level.”

Lastly, DJ Chuckie talks about playing with the idea of a new genre called Traphall, a blend of trap and dancehall music.

He reveals that he is currently preparing a full EP to showcase this mixture of influences from Reggae, Caribbean and calypso music.

“No Worries” is Chuckie’s latest single he’s released with Trinidad James on the track. The two linked through a mutual friend and connected through a similar vision.

“Music is always about elevating to the next level and any artist, Chuckie or anybody that’s doing it, I respect that approach,” Trinidad said. “Because anybody can do a dancehall record. Anybody can do a trap record. Anybody can do a reggae record. But challenging yourself as a producer to take all those genres and put them together and it not feel like it’s too much, that’s the fine line between good music and just trying to reach.”