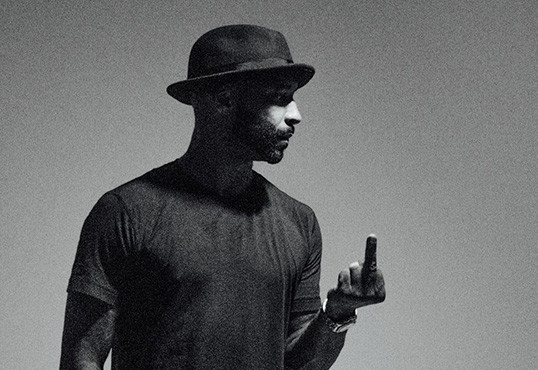 Many in the Hip Hop community turned to Joe Budden’s Twitter to see what he would say after Drake brought out Eminem during the Detroit stop of the “Summer Sixteen” tour on Tuesday (August 16).

That show of solidarity put an end to the (false) rumors that Eminem was about to jump into Budden’s beef with Drake, but could also be interpreted as an act of psychological warfare, bringing out the Shady Records boss while in a feud with a Shady Records artist. (Joe is part of Slaughterhouse, the four-man group signed to Em’s label).

What’s more, in a photo posted to Em’s Instagram, the caption read “Views From The Joe,” which was more likely a reference to the Joe Louis Arena, where the concert was held, and not talking about Joe Budden.

Still, for a guy who has been known to go full-on A Beautiful Mind with decoding cryptic disses, Budden didn’t seem to be too worried about this one.

“I keep trying to be irrelevant but y’all won’t let me lol,” he tweeted (and later deleted) after the Eminem/Drake performance, doing the same with another post that said: “I’m smoking hookah w my girl, why do I have 300 mentions cuz 2 top tier artists performed together? I’m lost. Lol.”

Budden has slowed down his assault on the VIEWS rapper (his most recent diss track — the fourth — dropped almost a month ago), although fans and media continue to fan the flames.

In an interview on the “Ebro In The Morning” radio show on Hot 97, Budden said he was tired of talking about Drake before eventually cutting things short by walking out mid-conversation.

But despite his declarations that he’s tired of the beef, Budden is making headlines again this week for talking negatively about Drake, albeit in a video that is almost two weeks old.

In a Periscope broadcast apparently recorded August 9, deleted sometime afterward, and then reuploaded by a YouTube user on August 17 with the catchy title “The Podcast He Didn’t Want YOU To See,” Budden continues to interpret Drake’s behavior in their interactions, while also throwing some shots.

“He’s very insecure,” Budden explained. “If’ I’m Drake, I’ve built my entire empire off said insecurity. So why would I want to get rid of it? I wouldn’t. That’s exactly why I stopped dissing him. It was pointless.”

Watch the whole broadcast (with relevant parts coming in around the 50-minute mark), or check out a clip of Joe debating Drake’s behavior below.