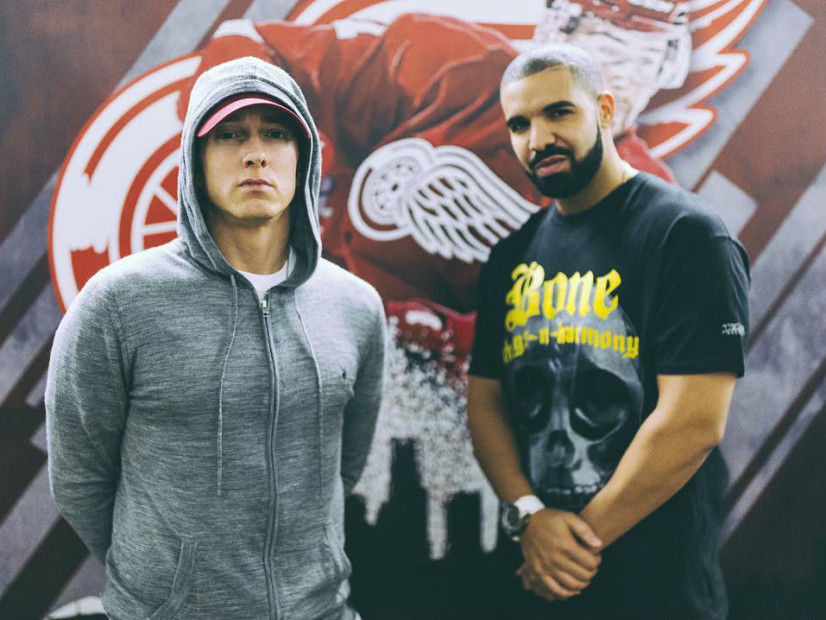 Detroit, MI – In case there was any more speculation about Eminem potentially dissing or beefing with Drake in any way, shape or form, Drake made it clear that he is on good terms with the Rap God by bringing him out to perform at the Detroit stop of his “Summer Sixteen Tour” yesterday (August 16).

The two performed the cut “Forever” as Drizzy introduced Slim Shady at the Joe Louis Arena as “the greatest rapper to ever get on a motherfucking microphone.”

Ebro started the rumor that Eminem was preparing a Drake diss track in the midst of the Toronto rapper’s feud with Joe Budden. After the Internet exploded, Ebro said that his statements were made in jest.

Eminem made light of the whole situation by posting a photo of himself with the VIEWS rapper after the show with the caption “Views from The Joe. #WelcometoDetroit.”

Check out Drake and Eminem’s performance and their posts together below.

Drake just brought out Eminem, bowed down to him and called him "the greatest rapper to ever touch a microphone" pic.twitter.com/HSE38oYBOP

SHARED THE STAGE WITH THE GOAT FOR DETROIT. DONE THE HYPE. ??

It may not mean nothing to y'all, but understand nothing was done for me, so I don't plan on stopping at all…. #SummerSixteenTour #TrustTheShooter