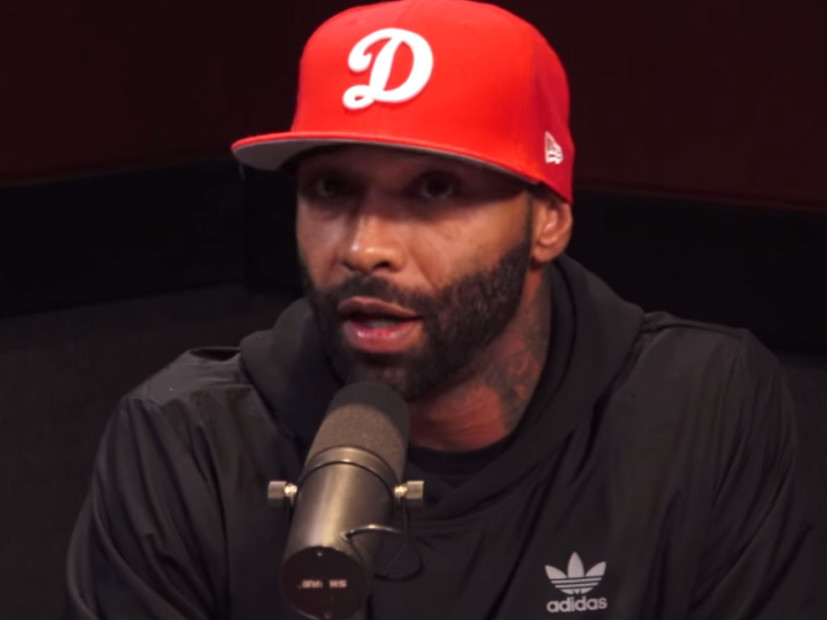 As if Ebro hasn’t caused enough clamor these past few weeks, his show is the site of yet another news story. This time, Joe Budden walked out on the Hot 97 radio host after sitting through 40 minutes of heated back-and-forth that included talk about his beef with Drake.

Ebro and Peter Rosenberg also have Marisa Mendez on the show. Mendez was fired from Budden’s podcast and the hosts question the Slaughterhouse rapper on his treatment of those who he’s connected with in the industry, a conversation he is not having.

“I don’t think that you guys are able to have an objective conversation number one,” Budden says amidst the banter. “Number two, this podcast conversation is not a conversation I care to have, especially not early in the morning. Number three, if Peter and/or Marisa feel a way, then there are other mediums for that to be discussed if it’s going to be discussed at all. Number four, I certainly didn’t get out of my bed, away from a beautiful, soft woman to come up here.”

Ebro tries to joke about Budden’s new album, Rage And The Machine and asks the rapper if he got approval from legendary rock band Rage Against the Machine for the title. That seemed to be the last straw.

“Next time I come here for an interview, send my manager the talk points. … ” Budden says. “I didn’t know that this would be an utter complete waste of time.”

Once he makes his rounds telling each person in the studio goodbye, Budden leaves and Rosenberg sits back in disbelief at the scene.

“I’ve never seen him in that space where he was utterly dodging, had no ground to stand on on anything,” he says, “acted as if you were just gonna come up here in spite of everything that happened and we were just gonna be like, ‘Oh, I’m excited to promo your album.'”

Budden’s feud with Drake has been one of the most talked about stories in the news cycle for the past month or so. Ebro just gave Drake “Congratulations, you played yourself” nod after Drizzy blasted the New York radio station during his concert series at Madison Square Garden. This came after the host proposed that Eminem was preparing a diss track against Drake, which he insisted was a joke after the Internet exploded with reactions.

In April, rival radio station Power 105.1 was the victim of a failed conversation when Birdman walked out of an interview with The Breakfast Club after demanding the hosts “put some respek” on his name. The Cash Money Records mogul didn’t even last until the show went on air. So gotta give Joe credit where credit is due.

Watch Joe Budden’s interview with Ebro and Peter Rosenberg below.