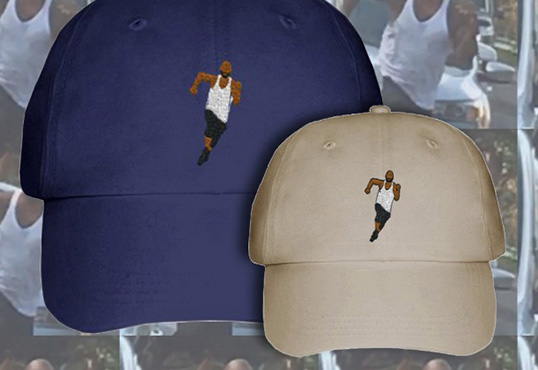 The second the Internet caught wind of footage of Joe Budden sprinting through traffic to catch some teenagers in a car who had been harassing him, it knew it had struck meme gold.

The image of Budden tearing down the street like the T-1000 bearing down on John Connor in Terminator 2 quickly went viral and inspired a slew of memes.

When Joe Budden catches you blasting Drizzy's verse on No Shopping ???✌?️ pic.twitter.com/7zm8UaXqUS

Budden is now capitalizing on his recent memehood with merchandise commemorating the incident. For $30, fans can buy a hat or t-shirt with the Runnin’ Budden logo on it from the store on the rapper’s official website.

The same ploy worked for Birdman, who took advantage of his “Put some respek on my name” catchphrase from his infamous Breakfast Club interview with a line of t-shirts and a song.

Though Budden considered the situation with the teens to be dangerous, he has mostly laughed it off.

These are some of the greatest memes ever, but I truly hope u kids don’t make running up to ppl’s homes a thing. It’s dangerous.

Budden detailed the full story in a series of interviews where he also addressed his interactions with Drake in light of the four diss tracks he’s released for the VIEWS superstar.