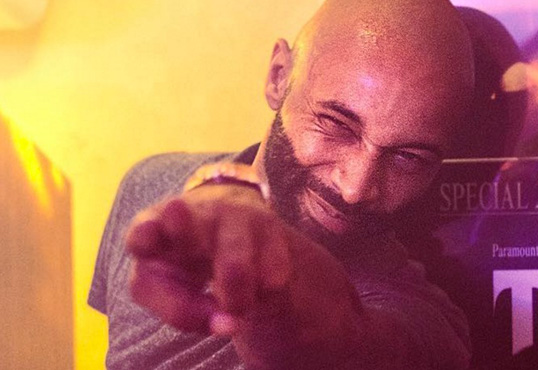 Ok, now it’s starting to feel like déjà vu (all over again).

Over the weekend, Joe Budden released another song attacking Drake (the fourth, if you’ve lost count), maybe in response to the Toronto rapper clowning him on stage during his “Summer Sixteen” tour stop in Dallas, or possibly, in accordance with the song’s title, just because.

So excuse us for being repetitive, it’s just been a repetitive few weeks.

Here are some more gems we found online about the Drake/Budden war since “Just Because” came out.

Joe budden be rapping 5 min diss songs about Drake, like Drake sent him a "K" in a text message

Drake when he saw Budden dropped another track. pic.twitter.com/bvKN7jJ2t6

LMAO somebody said budden got Drake right where he wants him. He wants him at #1 on the charts and selling out tours?

with this 4th track, Joe Budden has created an EP worth of disses about Drake.

Ain't nobody that important.

Budden: not too much, was a long day, im sitting here thinking about you & the life we will spend together as one can i call you

Unpopular opinion, minus back to back, this Budden and Drake beef better than meek and Drake