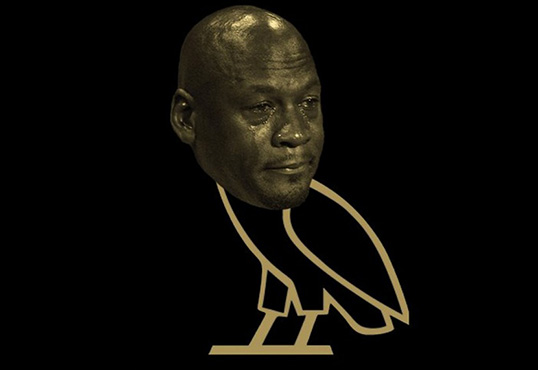 First, Drizzy finally unveiled his verse on French Montana’s “No Shopping,” which goes at the Slaughterhouse rapper who has been hitting him in diss tracks and on social media for the last several weeks. Then only hours after Drake’s verse dropped, Joe Budden launched another attack, hitting the Toronto superstar with “Afraid” — a third track filled with personals.

As with the first two Budden tracks, Twitter caught fire with reactions.

Here are some of the best responses to Saturday’s back and forth that we could find around the Internet.

WHY DRAKE ALWAYS RESPONDING TO REAL MC'S WITH A FRENCH MONTANA FEATURE ? LMAO

y'all been discussing Budden's irrelevancy…every day…for 4 & 1/2 weeks. nvm the irony.

Lmaooo Drake a weirdo for getting fake abs. Budden weird for knowing

Joe Budden is showing what it means to rap inspired. #Afraid

There's NO WAY a rap FAN, not a Drake dickrider, a FAN can say Drake's 4 bars was doper than all 3 Budden disses, those ppl u simply ignore

Honestly drake dont have to respond to joe budden. U talk to every crackhead that walk up to u on the street?

DRAKE STARTED A BEEF OFF A ALBUM REVIEW BUT JOE BUDDEN SENSITIVE ???

You people that think Drake can body Joe Budden are the reason we have XXL freshman singing hooks for freestyles today.

Closed my eyes while listening to Joe Budden diss track & then started seeing Drake slowly flying to heaven. We gonna miss you 6God ??

Who in the fuck has time to play Pokemon and give a fuck about joe budden beefin w drake. What dimension do y'all dumb bastards live in?

If a tree fell in a forest but no one heard it, did it make a sound?

Joe Budden can SMASH Drake lyrically all he wants on 1000000 songs. He still sitting in the washed up rapper section while Drake not.

The hell with this Drake, Joe Budden beef… Who y'all got Lil Dicky or Ugly god? ?