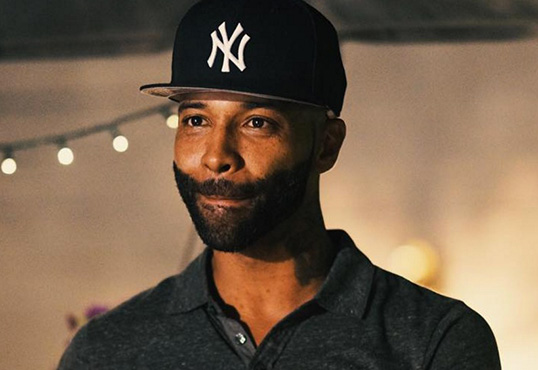 Though Drake has been mostly quiet on the topic of Joe Budden’s four (and probably counting) diss tracks, he apparently reached out to the Slaughterhouse rapper privately.

Speaking with Cari Champion on her Be Honest ESPN podcast, Budden goes into detail about his interactions with Drizzy since he started dropping the diss tracks.

“For me there was absolutely zero to say at all. And then he sent me a very passive aggressive Insta DM. I didn’t even know how to take it. I didn’t know how to take it. And then he continued to send them and I said ‘Whoa ok.’ And that’s why I say that I couldn’t tell you that we’re cool today because it sounded like a man who was very hurt and who just didn’t want to talk to Joe or hear from Joe or just that relationship was over. I don’t know. I haven’t spoken to him so I can’t even begin to pretend to know where his brain is. I’ve prayed for him. I want him to be well. I want him to be successful. I want God to continue to be amazing to him. He’s just gotta know that he can’t rap with a [censored] like me. So don’t play with me.”

“I won’t tell you what they said verbatim in case I have to put them out. I’m only not putting them out because I’m a real [censored]. You just don’t move like that. You don’t screenshot men’s s— you just don’t do that. I don’t do it with women I ain’t gonna do it with men,” he said. “He started off with ‘I would like to formally invite you to one of my four Madison Square Garden shows August 4, you and however many people you would like to bring.’ … Then after that it says: ‘And I bet you can’t release 25 diss records between now and then.’ Then it was the laughing emoji. I use that emoji with my friends so I don’t know if he’s laughing or joking at this point. And then he followed that with ‘If you can I will give you $10,000 lol’ and then it said ‘Joey’ with a bunch of exclamation points. I didn’t know how to take it.”

Budden explains that he didn’t know how to interpret the message.

Budden says that he responded to Drake with “lol maybe not 25 but I bet you I can get close to 20.” That’s all I’ll say that was from that conversation. The conversation continued and it wasn’t needed to gauge anything after that. He had made his point as he continued to insult me in my Insta DMs [laughs].”

The whole back-and-forth started when Budden critiqued Drake’s inspiration in the verses of his still mega-popular VIEWS album.

“This is all maybe my fault,” he offers. “Maybe I started all this. Maybe I should stop talking about people. Maybe I just need to mind my fucking business, but the man that I knew or thought that I knew is very different than just what I’m seeing … I’ve never reached that kind of fame, but I know it comes at a price.”

Earlier in the interview Budden also detailed his run-in with the kids he eventually chased down and confronted (rocks-in-hand) after they ran up on him with their cameras out outside his home this past weekend. As he also did in a new video interview, he explained that they were harassing him throughout the day and that he was trying to scare them with his threats.

He also says that he went to the home of one of the kids in the days following and spoke to the family about how dangerous the kid’s actions had been.

He explains why he didn’t call police over the issue.

“We’ve come to a point where I didn’t think the police would do very much but make the situation worse. You’re talking about a 35-year-old black rapper with a bunch of tattoos screaming at some 16-year-old white kids in a predominantly white neighborhood. I didn’t feel comfortable calling police thinking that they would solve things,” he said.