Ebro To Drake: "Congratulations, You Played Yourself" 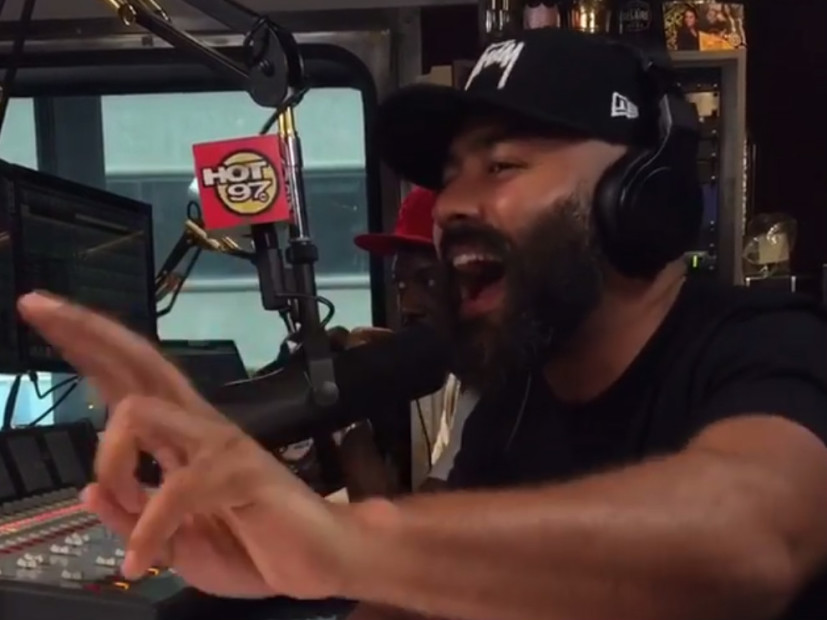 Drake is the latest victim of Ebro’s “Congratulations, you played yourself” bash.

The Hot 97 radio personality dragged Drizzy on his morning show today after Drake threw shade at the station multiple times during his concert series at Madison Square Garden. The shots came after Ebro told a joke about a conversation he had with the Toronto rapper saying Eminem was preparing to diss him in the midst of his feud with Joe Budden.

“We had an absurd conversation about speculative rap beef that was so absurd that the idea that Marshall Mathers, Eminem, would jump up and protect Joe Budden and go at Drake, that is the most absurd thing I’ve ever heard,” Ebro says in an Instagram clip of today’s (August 9) program.

After the Internet exploded with the notion that Slim Shady would enter the Drake-Joe Budden arena, Drake took to IG to seemingly brush off the story and then proceeded to declare his sentiments for the radio station to an arena full of adoring fans.

“It is ridiculous,” Ebro says of the whole debacle. “So if Drake is really mad about that, hit the button. Do not play with me, none of y’all. Y’all know what time it is with me. I’m cool with everybody. I don’t go nowhere with security. Everybody in the hood knows me. It’s not a issue with me ever. I’m keeping it clean for everybody and I appreciate the love at MSG.”

Watch the clip of Ebro going at Drake below.