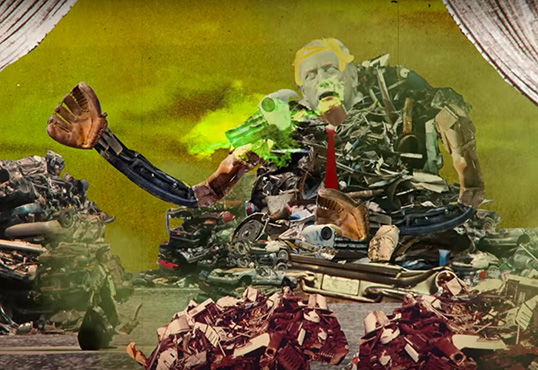 The chorus of voices expressing their distaste for this year’s Republican presidential nominee continues to grow. In the past few days, Will Smith, Donald Glover (A.K.A. Childish Gambino) and Anderson .Paak have all commented on Donald Trump, whether directly or indirectly. They join other artists like YG, The Weeknd, Nas, and T.I., who have been vocally against the business-tycoon-turned-political-candidate. (That said, there have also been members of the Hip Hop community, such as Young Dro, who have supported Trump’s candidacy).

The Fresh Prince commented on The Donald while at a press conference for his DC Comics film Suicide Squad.

“As painful as it is to hear Donald Trump talk and as embarrassing as it is as an American to hear him talk, I think it’s good,” Smith said. “We get to hear it — we get to know who people are and now we get to cleanse it out of our country.”

Donald Glover Reminds Everyone Trump Is Going To Die

While promoting his upcoming FX show “Atlanta,” actor Donald Glover/rapper Childish Gambino ruminated on the impermanence of all things, discussing his departure from TV series “Community” and also bringing up the Republican nominee.

“I just like endings. I think everything should have death clauses. … Thank God, one day Trump is gonna die,” Glover reportedly said. “That is guaranteed. That is awesome. It’s important that things end and … I’m glad things end because it forces things to progress. I get really frustrated in the world because I see a lot of things that could be better but aren’t better because things haven’t died yet.”

In the brand new video for “The Season/Carry Me/The Waters” off his 2016 Malibu LP, West Coast musician Anderson .Paak added a touch of political commentary. In the animated adventure, .Paak steps into a junkyard after walking through a door marked “Trash.” There he finds a Trump-faced monster that emerges out of a pile of garbage, spitting green flames.

Earlier this year, .Paak also retweeted this video of someone face-swapping with President Obama telling Trump that they could “throw down for real.”