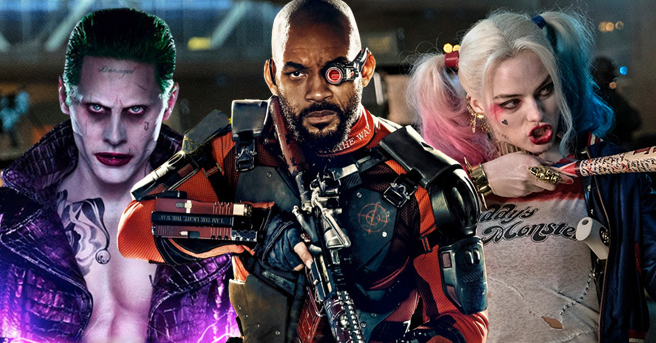 Hollywood, CA – Only time will tell where Suicide Squad falls in line within Will Smith’s extensive filmography, but let the reviews tell it, the DC Comics supervillain flick is more of the same: adding to his box office gross stats while adding another mediocre notch to his belt.

Early ticket projections for the David Ayer-directed movie proved to be right on the money — better even — as the summer blockbuster rung in the biggest debut for the month of August with $135.1 million at the weekend box office according to comScore, USA TODAY reports. The news comes as an additional win for it topped rival Marvel’s previously set record of $94.3 million with 2014’s Guardians of the Galaxy.

Suicide Squad’s success follows an unnerving pattern for the DC Comics universe jumpstarted by March’s Batman v. Superman: Dawn of Justice where the critics treat the movie like toilet paper but fans still turn out to theaters in droves to support it. The reviews have been so bad, a petition to shut down critic score aggregation site Rotten Tomatoes has been launched and it’s attracted more than 20,000 supporters.

That said, there appears to be at least a bit of validity in the critiques, as Jared Leto couldn’t even feign approval of the film. In a recent interview with IGN, he came off as perturbed for the movie being rated PG-13 and a good chunk of his scenes being left on the cutting room floor. Perhaps the DVD/Blu-ray will stand as an improvement?

Check out a handful of reviews down below from some of the most respected names in Hollywood.

“It’s too bad the mashup of bad guys and girls doesn’t find its groove, because the format of pitting an ad hoc bunch of loners, misfits and outlaws against an even greater menace has proven to be highly reliable … Suicide Squad may not quite commit harakiri, but it certainly feels like it’s taken far too many sleeping pills. — The Hollywood Reporter

“Suicide Squad plays like a TV pilot that puts forth the sketchy outlines of several characters, with the promise that the series will fill them in later. If the idea was to have future DC movies do that instead, then those films have their work cut out for them.” — The Wrap

“Suicide Squad deals with a 100% unreasonable solution to future threats… On paper, this could have been the antidote to an increasingly codified strain of comic-book movies, but in the end, it’s just another high-attitude version of the same.” — Variety

“In a word, “Suicide Squad” is trash. In two words, it’s ugly trash. Maybe no more words should be wasted on a movie that is, after all, only a movie, not a natural disaster or a terrorist attack.” — Wall Street Journal

“Suicide Squad Should Have Been Kept Locked Away” (Headline) — Vulture

“Suicide Squad‘s shortcomings are not a byproduct of overarching choices in the DCEU; the real problems are in the details – details that leave head-scratching plot holes, half-baked support characters, and underwhelming drama, in their wake.” — Screen Rant

“It would be easy to keep enumerating the almost countless flaws of Suicide Squad: the senseless, lackadaisical killing; the desperate, maudlin attempts at emotional connection; the risibly silly climax, which rather resembles the ending of either Ghostbusters except that it’s played straight; the cliché-ridden soundtrack…” — The Atlantic

“It’s too concerned with how the characters look individually—whether swinging a baseball bat or aiming a gold-engraved Chiappa Rhino—for any two shots to connect causally. If you’re gonna make a subpar superhero movie, you might as well do it with some flair.” — A.V. Club

“Fans will probably appreciate “Suicide Squad” for trying something different — and it gets bonus points for diversity — but the weaker characters and generally weak plot keep it from being one of the better comic book movies. — NYDailyNews

“Seriously, the Joker was in this movie with nothing to do! How is that possible?!” — Uproxx