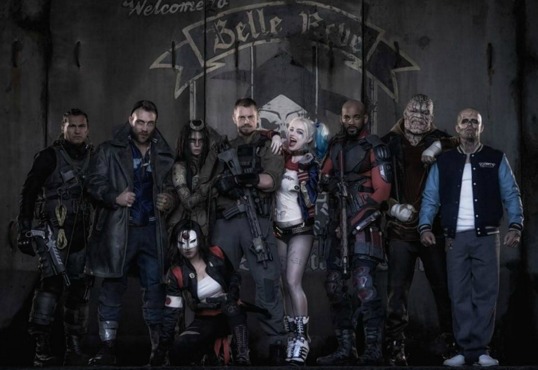 Will Smith and Common’s upcoming anti-hero blockbuster in Suicide Squad already has the box office buzzing — and it hasn’t even it even came out yet.

According to projection data compiled by TheWrap, the Warner Bros. supervillain flick, directed by David Ayer, is on pace for a $115 million debut. Numbers around that ballpark would make Suicide Squad the new record holder for films released in the month of August. The current record was set by Disney-Marvel’s surprise box office smash, Guardians of the Galaxy, which opened at $94.3 million back in 2014.

This is especially good news for both Warner Bros. and the DC Universe, coming off a big March opening with Batman v Superman: Dawn of Justice which bowed at $166 million in its first weekend in the United States alone. The film is still anticipated to fall short of the year’s top adjacent superhero ensemble film, Disney-Marvel’s Captain America: Civil War, which raked in nearly $180 million this past May.

The movie stars Will Smith, Margot Robbie and Jared Leto who are amongst a team of DC supervillains tasked with combating an even bigger force of bad guys in exchange for their freedom. Common, Viola Davis, Jay Hernandez, Jai Courtney and Adewale Akinnuoye-Agbaje also co-star and Ben Affleck will also reprise his role as Batman.

Suicide Squad hits theaters on August 5th, as does the soundtrack which boasts appearances from Eminem, Wiz Khalifa, Rick Ross and more. Watch the trailer down below.