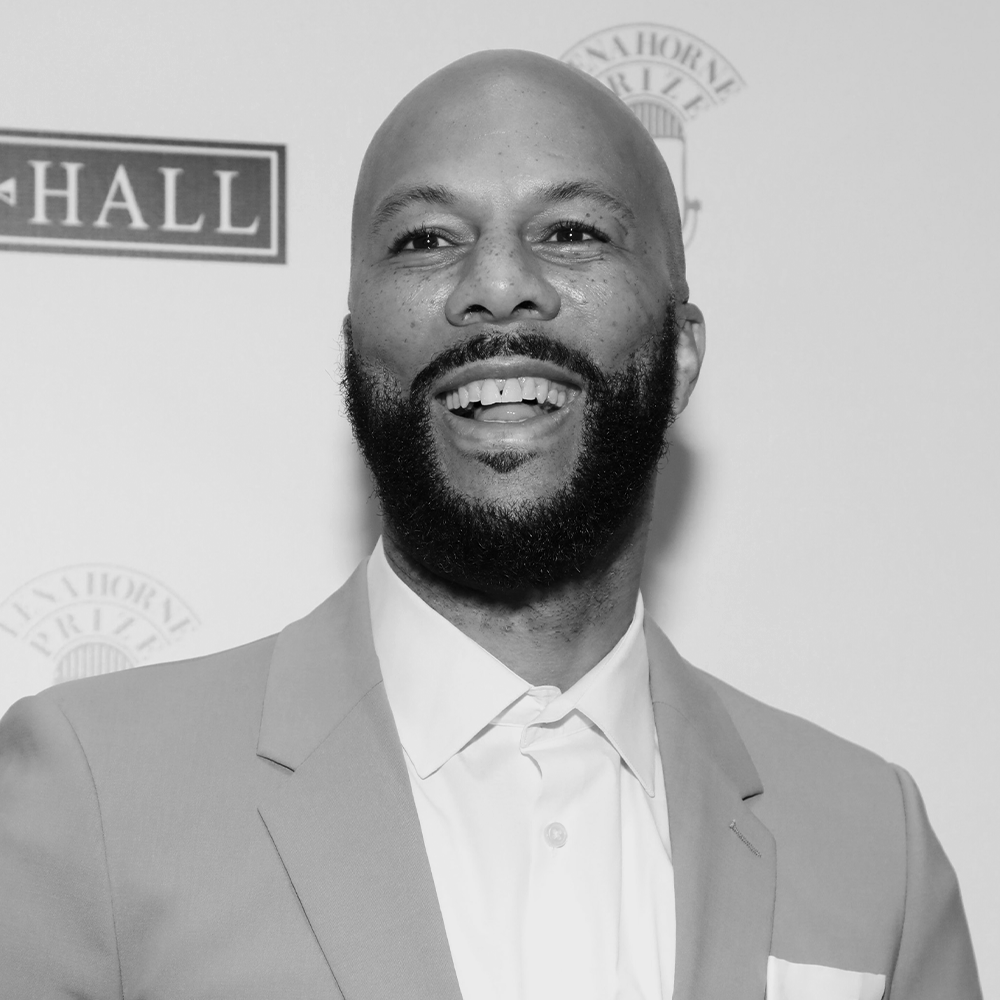 Common is a forefather of Chicago Hip Hop and one of the most acclaimed MCs in the game. He dropped his debut album Can I Borrow A Dollar? under the Common Sense moniker in 1992 with production from No I.D. His next album, Resurrection, dropped in 1994 and featured the classic single “I Used to Love H.E.R.” Resurrection was followed in 1997 by One Day It’ll All Make Sense, which included contributions from Lauryn Hill and De La Soul. Like Water For Chocolate, became his first commercial success while a member of the Soulquarians collective. That album featured production from the late, great J Dilla, who scored the single “The Light." In 2005, Common partnered with fellow Chicago native Kanye West and released Be, arguably his best work. Since then, he’s dropped several other critically acclaimed albums while becoming an author and in-demand actor.

Does Common have children?

Common has one daughter, Omoye Assata Lynn (born in 1997). Her mother is Kim Jones.

Does Common have other siblings?

Who is Common's dad?

Common's father is Lonnie Lynn Jr. He was a pro basketball player who played for the Denver Rockets and Pittsburgh Pipers in 1969 and 1970, respectively. He appeared as "Pops" on several of Common's albums, including Resurrection, Like Water For Chocolate and Be. He died in September 2014 at the age of 71.

What was Common’s first film?

What college did Common attend?

Common attended Florida A&M University for two years under a scholarship and majored in business administration.

What awards has Common won?

Common Makes Broadway Debut In 'Between Riverside and Crazy'

Common Calls For Artists To Get Paid For Radio Plays In Powerful Op-Ed: ‘That’s Not Right’

Common's Breakup Comments 'Disappointed' Tiffany Haddish: 'That's Not What You Told Me'

Common Explains Why He & Tiffany Haddish Broke Up