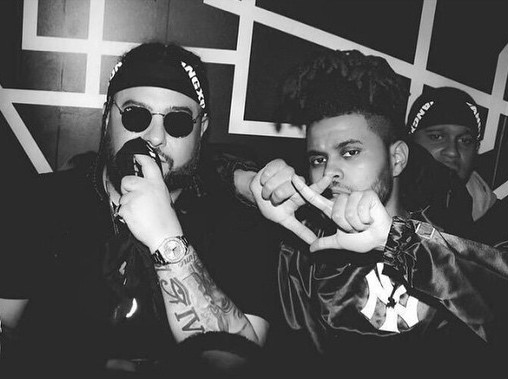 The Associated Press reports the two artists decided to remove themselves from the late night program because the entrepreneur was slated to appear on the same episode and they did not want to be associated with Trump. Filming for the show was set for yesterday (May 25) in Los Angeles. Belly was to perform his song “Might Not,” which features The Weeknd.

“I feel like the way I was raised was to be able to see through all the titles in this world — from religion to race,” Belly said in a statement. “I just didn’t want to feel like I was a part of a celebration for somebody who has beliefs that majority of us don’t agree with.”

Belly, who is signed to Roc Nation, is promoting his forthcoming mixtape, Another Day in Paradise. He explained that his decision to remove himself from the show is to distance himself from Trump’s past comments calling Mexican people criminals and rapists and declaring a bans of all Muslim people traveling to the United States.

“I’m here on a campaign of positivity and love and to contribute what I can to music,” Belly continued. “I create songs people go to sleep and wake up to, songs that they fall in love to. For me, being Muslim and being somebody that appreciates my access here in America, I love the fact that I’m able to be here. To play my part in this business is a privilege and a beautiful thing. The fact that I could lose that ability through the actions of someone such as Donald Trump isn’t right to me. At all.”

Belly and The Weeknd have a longstanding working relationship. Among their shared writing credits include the XO crew leader’s hits “Into The Hills,” “Often” and the Oscar-nominated “Earned It,” which appears on the 50 Shades of Grey soundtrack.