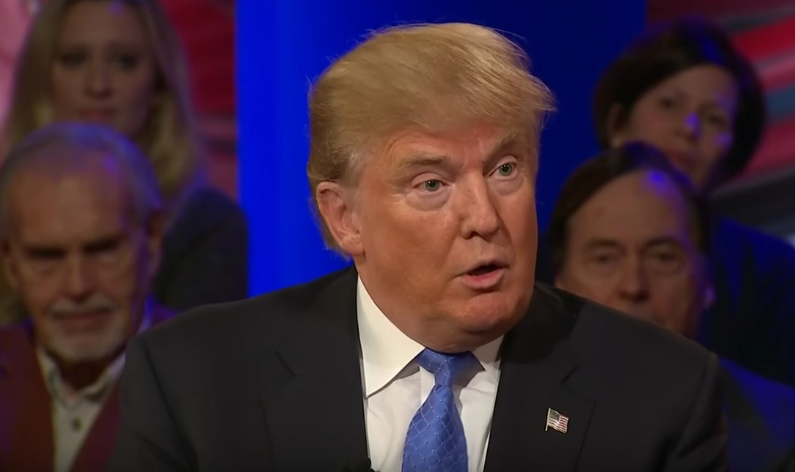 BALTIMORE, MD – Donald Trump, the controversial frontrunner for the Republican presidential nomination, has received a multitude of criticism from the Hip Hop community, including disapproval from the likes of TIP, Rae Sremmurd, Chris Brown, Mac Miller and Jeezy, among a string of others.

Now, a trio of rappers from Baltimore — who go by the names of Dooley, Tlow and Lor Roger — serve as the latest artists to blast the billionaire businessman, television personality and potential future leader of the Free World.

The trio released the video to their song “CIT4DT” this past Sunday (March 27).

The cut features the three rappers hurl a string of terse insults at Donald Trump, including lines such as: “Boy ain’t even white, you yellow / You say you’d date your own daughter, you a sicko.”

The song’s chorus provides an explanation for what the track’s title stands for, as the three rappers spit:

“We got a choppa in the trunk, for Donald Trump.”

The video has already amassed over 300,000 views in just 24 hours on WorldStarHipHop.

The music video for “CIT4DT” can be viewed below: