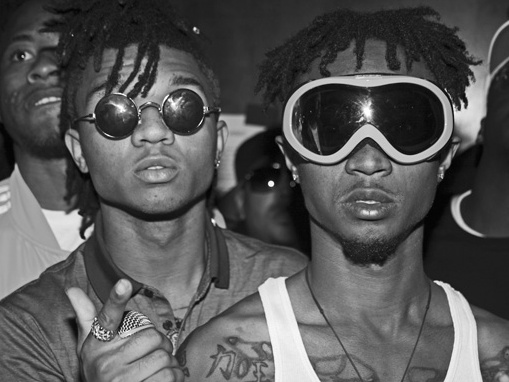 Bernie Sanders is continuing to gain support from those in the Hip Hop community while Donald Trump continues to be trashed. XXLMag.com reports that while performing “Up Like Trump” at the Fader Fort, Swae Lee of the Hip Hop duo Rae Sremmurd shared his opinion on the two presidential nominees.

Released well before Trump began to gain momentum in the current presidential race, “Up Like Trump” was featured on Rae Sremmurd’s 2015 album, SremmLife.

While speaking with XXLMag.com backstage, Swae encouraged Trump to continue to “get your money,” but leave politics to “the real politicians.”

“Man, he’s a businessman. He shouldn’t be trying to go into office with it. Leave that to the real politicians,” he said. “Still get your money, but you don’t need to put a negative influence in the world. People are already gullible. Don’t lead them in the wrong direction. We’re trying to see progress. Sremm life.”

The most recent Hip Hop artist to bash Donald Trump was Atlanta rapper T.I. Earlier this week, the rapper, who has already endorsed Sanders, offered a strong message to Trump via social media.

“Donald Trump, this message is for you. My name is Clifford ‘Tip’ Harris. I say this as non-violently, but [as] unapologetically as possible. Fuck you and fuck what you stand for. Nobody who supports me, will support you. End of message,” T.I. said in a video uploaded to Instagram.