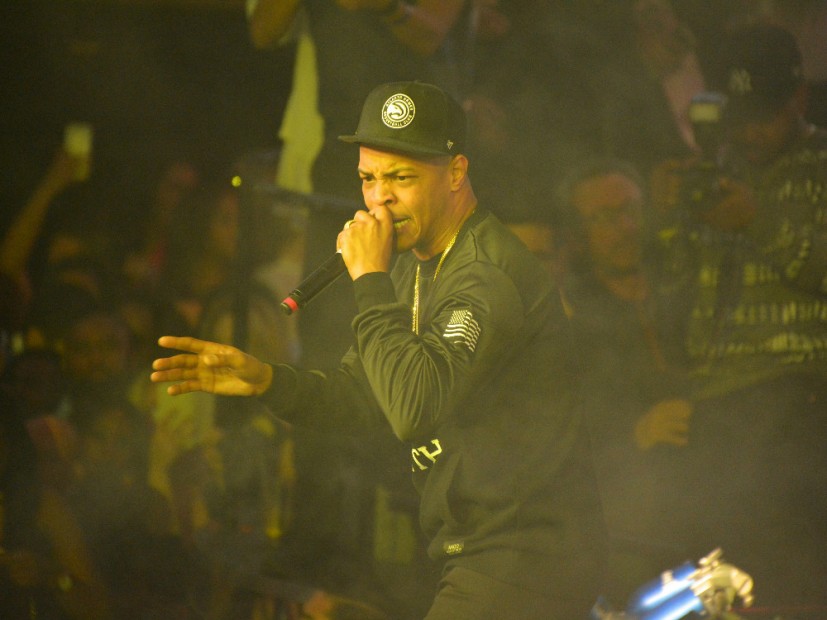 T.I. has already made it known that he is not a supporter of presidential candidate Donald Trump. In a recent interview with TMZ, the Atlanta rapper, who also goes by TIP, has more comments for the entrepreneur.

“If he misuses and abuses his power to the point where he uses his money and his influence to tell people to do things that are harmful to my people, well, I just want him to know how frowned upon that is in my community starting with me.”

Trump recently made headlines when he suggested that he would pay the legal fees for a man who punched a protestor at one of his events.

“If I stand on a certain platform and I use my money and my influence to tell all the people that follow me, ‘Hey guess what, if you go and hurt those people, I will pay your legal fees. If you do this for me, I will make sure you’re straightened out,'” T.I. says to the publication, “that’s no different than how they view the leaders of some of the organized crime syndicates. So what he’s doing is really illegal.”

According to Fortune, common organized such as credit card theft costs the American Economy $20 billion annually. However, the top 5 organized crime groups in the world come from various countries and rake in billions of dollar every year through drug sales, human trafficking and extortion.

T.I. is preparing the release of his The Dime Trap album. This will be his tenth studio LP. He is asked by the reporter if he would want a supporter of Trump to support his career.

“I don’t want him to buy my music,” T.I. says. “I’d rather he didn’t because I just don’t think, that’s not the road that I travel down. Some things are more important than money to me.”

Watch the video of T.I. comparing Donald Trump’s campaign to organized crime below: