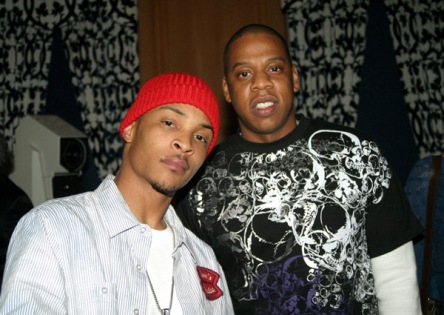 Prior to his livestreamed TIDAL X: TIP show at the Greenbriar Mall in Atlanta last night (February 22), TIP announced that he has signed an exclusive distribution agreement with Jay Z’s Roc Nation for his forthcoming album, The Dime Trap.

The Atlanta rapper formerly known as T.I., also announced that he is now the 19th artist-owner of the Jay Z-owned TIDAL, joining the likes of Beyoncé, Rihanna, Lil Wayne, Coldplay and Madonna.

In September of last year, TIP revealed that he had left Colombia Records, the label that put out his 2014 album, Paperwork. Prior to signing with Colombia, seven of TIP’s albums, from 2003’s Trap Muzik to 2012’s Trouble Man: Heavy Is The Head, were all released through Atlantic Records.

TIP took to Instagram to celebrate his new Roc Nation and TIDAL partnerships after news of the deals had broke.