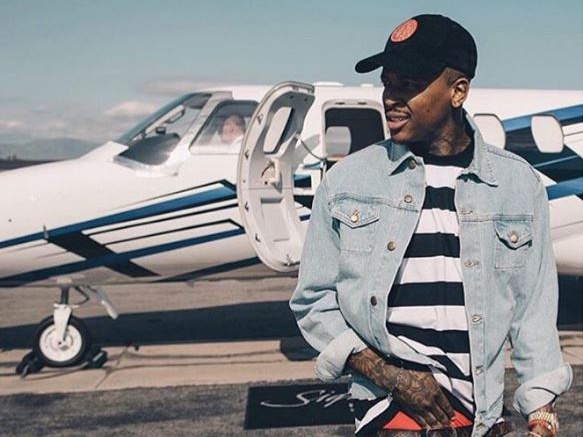 YG serves as one of a seemingly infinite number of rappers who have taken an anti-Donald Trump stance in the current presidential election.

While speaking with i-D, the Los Angeles lyricist spoke on why he became anti-Trump in a state that has historically voted Democratic in the presidential election. As a rapper, YG revealed that he can either say something or stand for nothing, and added that being null was not an option he was willing to take.

“Yeah, it’s like, wake up, America,” YG said. “Motherfuckers are talking about drugs and parties and guns and shit. But they gotta know there’s more shit going on. We gotta say something, cause if not, it’s like we’re out here standing for nothing, like we ain’t got no morals. That ain’t what it is. That ain’t me. So I decided to speak up.”

YG put his distaste for Trump on wax with the records “Fuck Donald Trump (FDT)” and “FDT Part 2.” For the sequel to his first record, he recruited two white rappers, Macklemore and G-Eazy.

In regards to adding “two of the biggest white rap dudes in the game” to an anti-Trump track, he says that it added even more potency to the record.

“They’re the two biggest white rappers in the game! I’m like, if I get two of the biggest white rap dudes in the game on this ‘Fuck Donald Trump’ record, that shit is gonna mean something,” he said. “Before Macklemore was on ‘Part 2’ he said like, ‘Good shit bro, that shit was needed,’ about the first song. So I was like, ‘Bro, you support Trump?’ and he was like ‘Fuck no!’ I’m like, ‘Well look, I’m doing this remix and I want you to hop on it. It’s actually with G-Eazy.’ And he was like, ‘I got you, send that shit.’ That’s just the rap community. Everybody know that’s where this rap shit started from: talking about problems and what’s going on in inner city communities.”

YG later revealed that a follow up record to “Fuck Donald Trump (FDT)” and “FDT Part 2,” “could happen.”