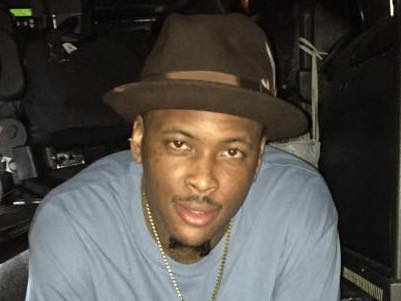 YG wanted to make a stand with his “FDT (Fuck Donald Trump)” song with Nipsey Hussle.

“We speaking for a lot of people who are not really speaking up or they got nobody in no situation that’s really gonna put it all on the line for they race [and] they culture,” YG says during an interview with Complex.

Trump, who is running for President, has also been criticized by Mac Miller, T.I. and Chingy, among others. T.I., for one, has compared Trump’s presidential campaign to organized crime.

“We feel a similar way everybody else feels,” YG continues. “We just took it on the chest. Like, ‘Look, This is what we about to do. We gonna speak on it.’ Fuck whatever consequences and all of that. We gonna deal with it.”

While shooting the video for “FDT” in Los Angeles earlier this month, YG posted the location of the shoot. Police showed up in riot gear after approximately 100 people showed up for the shoot. They subsequent shut down the shoot and handed out citations.

“That’s the type of shit that we was gonna have to deal with,” YG says. “We knew that and we dealt with it.”

But YG says he’s undeterred in his efforts to spread his message.

“This is what this shit is built off of,” he says, “talking about the culture and what’s going on and putting it out there to make a difference.”