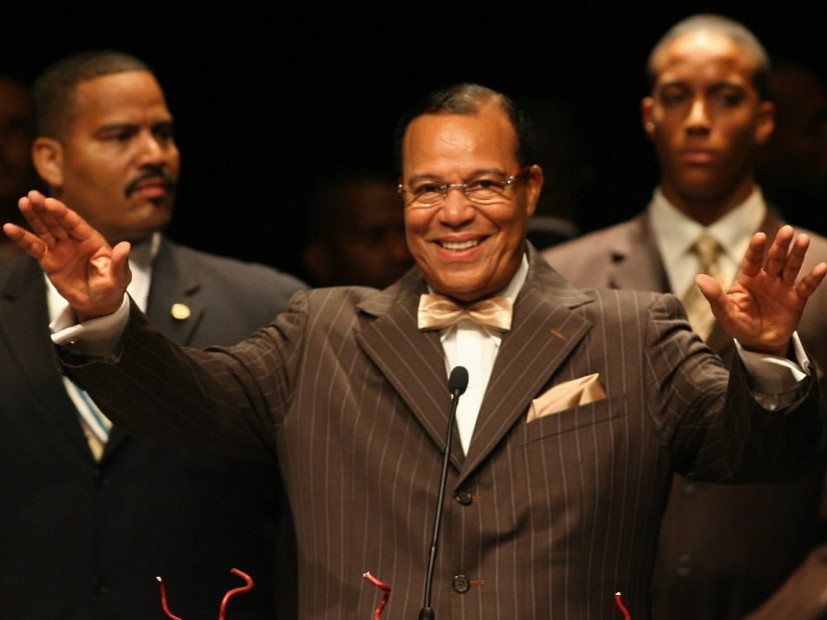 Nation Of Islam Vows To Protect Beyonce On Her World Tour

The Houston-bred songstress was dressed in all black garb during her Super Bowl performance, paying homage to the Black Panthers as her dancers formed an “X” on the football field, likely a salute to civil rights leader Malcolm X.

Since Bey’s performance of “Formation,” police unions across America have threatened to boycott her concert when her “Formation World Tour” comes to their city because some believe the track to be anti-police.

“She started talking that Black stuff and White folks say, ‘Well, we don’t know how to deal with that,” Farrakhan says at the convention yesterday (February 21). “Well, you taught us everywhere we went about the Holocaust, but we have sympathy for you. But when one of us shows some independence, look at how you’re treating Beyonce now. You’re going to picket. You’re not going to offer her police protection. But the FOI will.” The FOI refers to the Fruit of Islam, the Nation of Islam’s security.

Beyonce has since explained the message behind her performance saying it’s what she wanted. “I wanted people to feel proud, have love for themselves,” she said.

“He freed rappers to come on up,” the 82-year old NOI leader says. “He’s the boss. He’s the boss. Now when the rappers are free to say it like it is and say what they feel and teach their people through music and Rap and song and dance, the cultural revolution is on.”

Farrakhan further encourages the Hip Hop community to say what they feel and that they have the full support and protection of the NOI.

Minister Louis Farrakhan‘s speech regarding Beyonce and Kendrick Lamar at NOI’s Saviours’ Day is as follows: