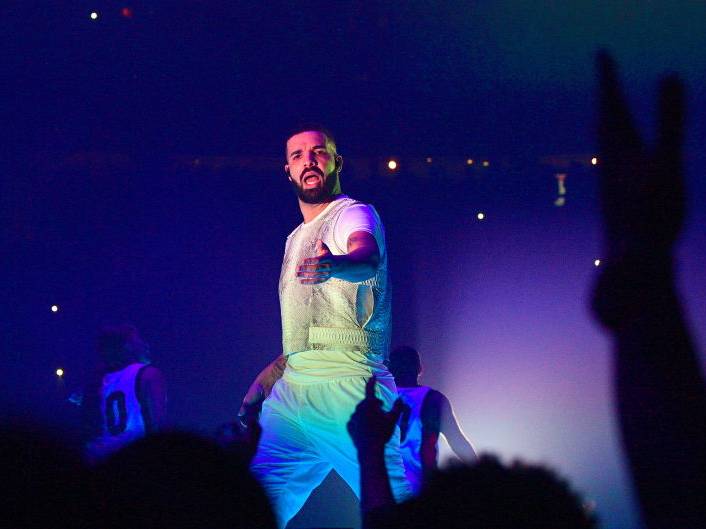 During Drake’s Rap Radar interview with Elliott Wilson and Brian “B. Dot” Miller, the multi-platinum artist mentioned he’d be down for doing an unplugged type of show with some of his more b-side cuts.

Considering Tyler, the Creator’s passionate response to Drizzy getting booed at his annual Camp Flog Gnaw Festival this year, where the Toronto star performed Tyler’s personal favorite b-sides, “Feel No Ways” and “Wu-Tang Forever,” there seems to be an obvious affinity for Drake’s more deeper cuts that may not have been as massive as his chart-topping hits such as 2019’s “God’s Plan” or 2009’s “Best I Ever Had.”

By definition, the b-side is “the less important side of a pop single record.” It’s when you’d go to the store back in the day to buy the cassette tape single of Biggie’s “Juicy,” and on the other side, the b-side, was a song that may or may have not gotten any play on your stereo, but definitely didn’t get any play on the radio. In the case of Biggie’s “Juicy” single, the b-side cut was Ready To Die hidden gem “Unbelievable.”

By alternate definition, the b-side joints are just as important because they separated the true fans from in-the-moment supporters.

Exploring some of these off-the-radar Drake joints, here are 12 songs the OVO boss should consider if he actually did put on an intimate, unplugged b-side show.

If you make it to the end of Drake’s massive 2018 album Scorpion, a special treat lies in the form of “After Dark” featuring Ty Dolla $ign and the late Static Major. We need Drake to come out to this R&B slap with fog trailing at his feet like a Soul Train Award performance and Ty swaying with the mic stand for full-effect.

Views may have been Drake’s most bloated project to date next to Scorpion, however, there’s much gratitude to be given for the beauty that is “Faithful” featuring the vocals of dvsn’s frontman Daniel Daly and beatmaking magic of Nineteen85. The entire song is a climactic escape and warrants an entire live choir rivaling Kanye West’s Sunday Service.

“Do Not Disturb” is the complementary More Life track. Graciously mixed with storytelling bars and a melodic base that captures the essence of what it means to put together a chill collection of songs, it was the perfect track to leave off with. A live rendition of Drake sitting on a lonely stool spilling his heart out with nostalgic lines about his rise to the top is essential.

If there’s a song that defines, “Please, don’t Drake and drive,” Nothing Was The Same track “Connect” is it. It’s menacing, dark, emotional, and buried in Houston drip, just like an OG Aubrey Graham song. The instrumental break in the middle of this song alone deserves a live band. R.I.P. Fat Pat.

“Wu-Tang Forever” was one of those promo singles Drake released ahead of Nothing Was The Same, that remains a fan favorite. Maybe one day we’ll get the Wu-Tang Clan remix that apparently was made, but never released. It’s one of those joints he can just lay the mic on the stage and walk away while the crowd performs it for him.

“Own It” comes on right after “Wu-Tang Forever” and you can still hear the “It’z Yours” elements highlighted at the beginning and throughout. It’s hard to hear or start singing one song without the other, so both tracks need to be heard live back-to-back. I don’t make the rules.

Kanye West released 808s and Heartbreak right before Drake’s debut mixtape So Far Gone came out and on it lived the clashing sounds of 80s pop-synth. Inspired by that moment, Drake rapped over Peter Bjorn and John’s song of the same name which continues to be a song that will forever live in his discography as one of his bests, justifying a colorfully lit performance.

If “Connect” is the song that defines, “Please, don’t Drake and drive,” his track “Come Thru,” is what those toxic situationships our generation loves so much sounds like. “Why has it been so long?,” heartbreak Drizzy innocently croons before suggesting the object of his affection deserves “rounds.” It’s the track that will get the crowd on their feet to do a cute little two-step.

Plainly put, Drake took fans back to So Far Gone with “Feel No Ways,” with a word and a vibe. The affections and love Drake sings all over “Feel No Ways,” is worth singing along to live, eyes closed, with heart in hand and the other swaying from side-to-side.

“The Real Her” is probably what Drake was listening to during the Take Care photoshoot for his cover art and that alone deserves some form of live performance. Lil Wayne and Andre 3000 were magnificent touches. The question remains though, who did Drake write “The Real Her” for and what club was it in? Either way, thank you.

Before Instagram captions, there was Facebook status’ that began with “[Your Name] is____.” If I had a dollar for every status that read, “[Your Name] is wondering if anything they’re doing is brand new” or “[Your Name] feels like they’re in crazy competition with the past,” I’d be rich. It was such a phenomenon, that I doubt any day-one Drake fan would struggle to belt out every single word and ad-lib to this So Far Gone number. This somber song performed under soft purple lights is a must.

On If You’re Reading This It’s Too Late, “Star67” is the Barretta and each line is the clip. It’s filled with an aggressive energy that makes it exciting to recite bar-for-bar, from beginning to end. It should be the song Drake wraps his set with as a reminder that he can come through with the goods no matter which side of the cassette his song lies on.