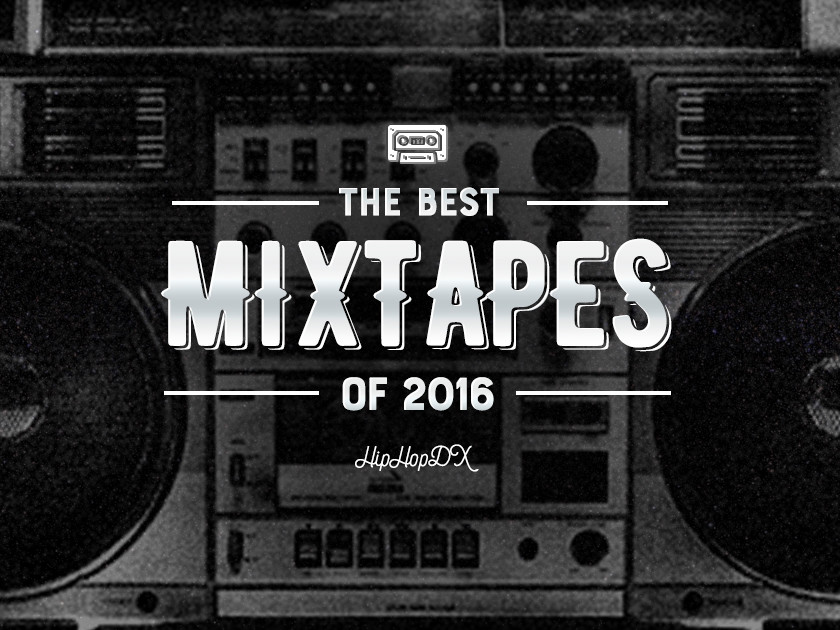 Projects released these days represent a total shift in how listeners view musical bodies of work from artists. Just take a look at this year’s Best Rap Album Grammy nominations: two digital-only releases (Chance’s and Kanye’s) are looking to be the frontrunners as traditional album rollouts are just starting to feel dated.

Meanwhile, mixtapes and EPs masquerading as mixtapes have become a resourceful tool for artists in between full-length projects to get music out there. Sometimes, these projects even end up being better than albums anyway. With that in mind, here are some of DX’s favorite mixtapes/EPs that have us even more excited for what these artists have to offer in the future. 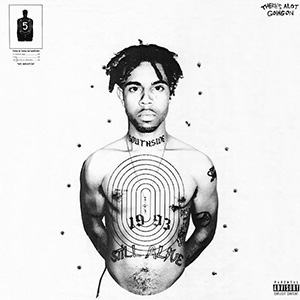 Although he is still developing as an artist, the Kanye West/Roc Nation protege couldn’t sit idle with his newfound fame and not speak on the things that were plaguing the nation (Flint water crisis, police shootings, etc). The cinematic “16 Shots” was all you needed to be convinced that Vic was taking his emceeing seriously these days. While Migos, OG Maco, Lil Yachty and even Young Greatness manage to make Quality Control the biggest label out of Atlanta, Skippa Da Flippa more than held his own with I’m Havin 2 by being the most straightforward rapper on the imprint. For a guy that stutters a lot, Flippa’s delivery says otherwise. More importantly, tracks like “Sportscenter” and “Ride” prove he can handle conceptual subject matter very well. With all due disrespect to old heads’ unflinching opinions on what Hip Hop “should sound like,” trap music has become way too easy to parody and emulate. With this April Fools’ Day release, Hamburger Helper (yes, Hamburger Helper) was able to capitalize off rap’s latest trend and managed to whip up a quick dish equal to their product’s cook time and just as substantial. If hilarious lyrics like “Hamburger helper boy no chicken nugget/Cooking it up in a pan or bake in an oven/Cook it all up then I mix in the onion/Hamburger Helper, it come by the dozen” didn’t get your attention, then the beefy bass surely did. 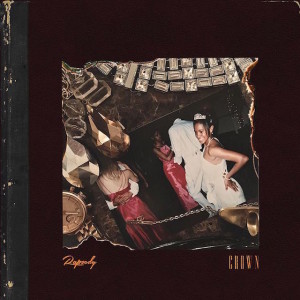 After nearly a decade in the game, Rapsody has made it clear she’d rather let her music speak louder than her actions — even when those actions include signing to Roc Nation and assisting Cornrow Kenny in obtaining Grammys for To Pimp a Butterfly. Just when it appeared that the year would expire without any new music from the thought-provoking MC, she dropped the Crown EP, a tight-knit package that touched on many of the societal ills found in the news this year. 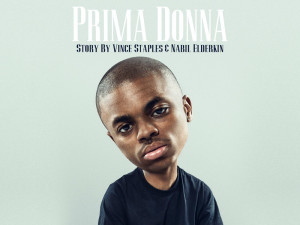 When you take artistic risks at an early stage of your career, the boundaries you can push are endless. Just look at young Vince Staples, whose refusal to conform steadily builds him respect as his potential blossoms. This EP’s highlights included the rousing A$AP Rocky duet title track and sturdy production by DJ Dahi. 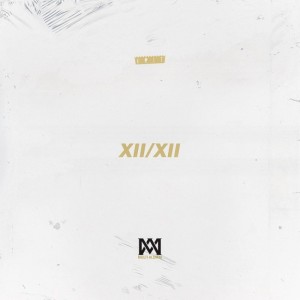 Big Country Krizzle is a quiet fellow. He quietly parted ways with Def Jam earlier this year, and much like he did with 2015’s outstanding It’s Better This Way, he quietly released a spot-on mixtape with 12 For 12. From Future’s “Wicked” to French Montana and Kodak Black’s “Lockjaw” to Erykah Badu’s oldie-but-a-goodie “Other Side of the Game,” no one was safe from K.R.I.T.’s cerebral lyricism. The upcoming 365 days should provide another fruitful release for the Mississippi titan. 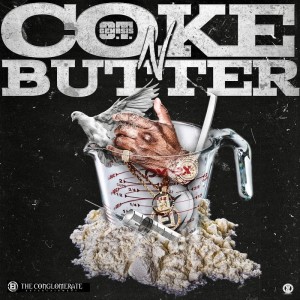 For someone with as many hits as O.T. Genasis, it’s a shame he never became attached to an actual project worth anything. That changed this year with the release of Coke N Butter. While he can obviously improve in the #Bars department, there arguably wasn’t a better collection of catchy hooks on a rap release in 2016. Remy Ma and Quavo even lent stellar guest verses to the remix of his already highly successful record, “Push It.” 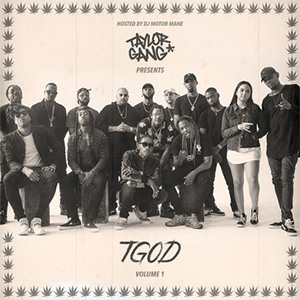 Very few are quick to give Wiz Khalifa his props for creating an empire, even with a roster that boasts Ty Dolla $ign, Juicy J and the talented ID Labs at his disposal. It’s fine. If he keeps rolling “KK,” and releasing banging product like this, everyone will eventually get hooked — or catch a contact, at the least. Oddisee continues to be one of the most underrated rapper/producers in Hip Hop and has easily the most consistent catalog in Mello Music Group’s roster. For 2016, he not only dropped a sound instrumental EP with The Odd Tape, but also the Alwasta EP. Even for a short project, he’s already evolved creatively past the already classic-sounding The Good Fight, which DX already showed huge appreciation for. Alwasta should serve as a good appetizer for his 2017 project, The Iceberg. 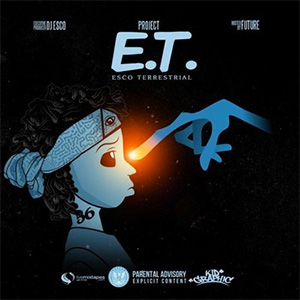 “Too Much Sauce” featuring Future and Lil Uzi Vert is easily in the running for one of the biggest hit singles of 2016. Considering DJ Esco’s relationship to FreeBandz, it’s easy to dismiss Project E.T. as just another Southern compilation, but the 16-track project actually offers much more. Although Future is featured heavily throughout the project, there were some surprise moments including the DJ Mustard-produced “Stupidly Crazy,” which boasted a dope collabo between Casey Veggies and Nef the Pharaoh. One can only speculate when Logic will cross over into mainstream rap acceptance. Going from his Under Pressure debut to major label nerdcore romp The Incredible True Story, Young Sinatra couldn’t leave 2016 without dropping the granite-solid Bobby Tarantino. Featuring arguably his biggest hit to date with “Flexicution,” the project leaned more toward radio-friendly beats over which Logic delivered rhymes that dripped with quality. From Jeffery to I’m Up, HipHopDX’s Mumble Rapper of the Year dropped three significant projects in 2016 and managed to keep his name in the ongoing rap conversation. Between those two mixtapes, Young Thug released the final (and often delayed) entry in his Slime Season series in the best way possible. Slime Season 3 even provided Thugger two big streaming hits — “With Them” and “Digits” — while remaining his most enticing digital drop this year. 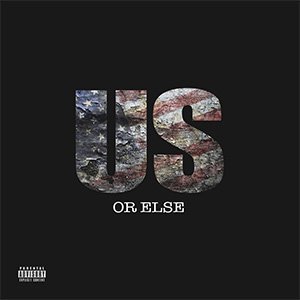 T-I-P was pretty much a political correspondent on Instagram in 2016 but no one could accuse him of being limited to hashtag activism once Us or Else dropped. With songs like “Black Man” and “40 Acres,” the Kang was woke and lyrically proficient in spreading the street gospel. And then he made it into a full album, which was also bomb.

Lloyd Banks – AON – Live It Up 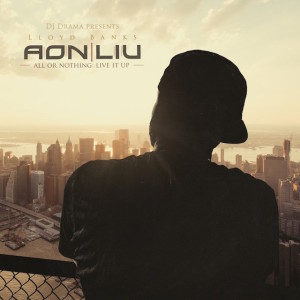 Long gone are the days of the Guerilla Unit reign, but Banks and Mr. Thanksgiving stuffed this tape with enough fixings to make us reminisce. And although the project’s production isn’t nearly as turn-up worthy as its title might suggest, the New Yorker reminds listeners of his lyrical depth over gloomy scores and the steady slap of drums, like on the HeiroWayne-produced “Insomniac.” If you’re a Nickel Nine fan, there was undoubtedly some conflict in picking your favorite project between Tabernacle: Trust The Shooter and Layers. Whichever you chose, there was no question that Tabernacle bucked down any doors his sixth studio album walked through this year. It was a project bathed in immense storytelling, endless battle rhymes and seamless lyricism — and those are just the first three tracks.

Many rappers release mixtapes for all the wrong reasons but Royce gave fans nothing short of quality and thus, is bestowed with the distinction of DX’s 2016 Mixtape of the Year.