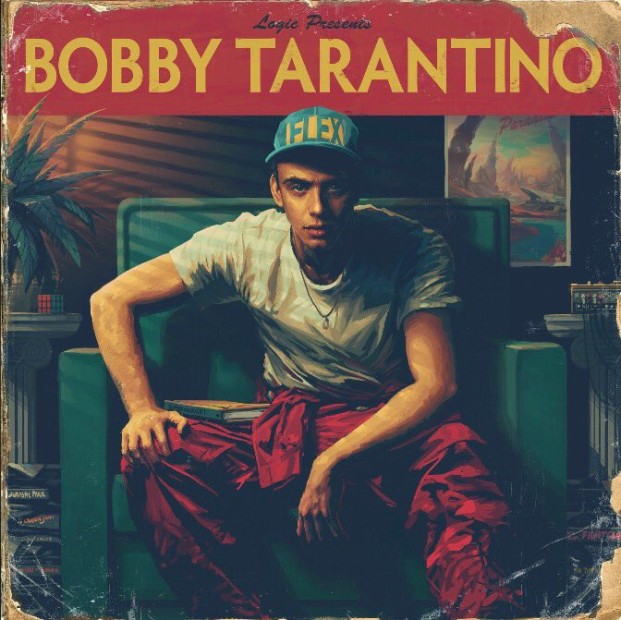 Based on his recently released bar-fest “Flexicution”, it sounds like Logic feels seriously underrated. His debut, Under Pressure and follow up The Incredible True Story were both celebrated for their cohesiveness and all around showcasing of technical skill – proving that he isn’t just some fly-by-night rookie who can’t deliver when it matters most. A lot of his success can be credited to his nice guy persona, which has built him a rock-solid fanbase and has allowed him to develop strong relationships in the game. However, those very qualities that have clearly helped his career also result in his disdain from the top-tier ranks. Hip Hop isn’t a place for smiles and pardons and Logic’s happy-go-lucky attitude may be the reason his rhymes aren’t always revered. But with now with the show-stopping performance on “Flexicution” coupled with ten other songs on his surprise mixtape Bobby Tarantino, it’s clear that Logic is ready to demand the respect he feels he deserves.

According to the mixtape’s Instagram caption, Logic describes the tape as “something to have fun with over the summer” but in reality, it isn’t anywhere close to a traditional summer sounding rap album. What Logic has put together here is 11 tracks of unfiltered lyricism. His past projects have been riddled with token tracks comprising of big feel-good choruses, soulful samples and heartwarming stories about struggle and success but this particular tape is his minimalist plateau. Most of the beats are stripped down to strictly harsh drum patterns that hit just as hard as his punchlines. “Slave II” is the best example of his pen’s potency. He cleverly raps “I’m angrier than Kanye/Angrier than Kanye when he talkin’ about clothes/That’s a fashion line” and throwing in quick one-liners like “I’m a Rap Genius like Rob Markman” make other rappers look like Dr. Seuss.

The biggest difference in the exhibition is the lack of a specific concept. There is no overarching storyline tying the entire project together or a deeper meaning seeded in every song which is actually refreshing to hear. With 11 standalone tracks, listeners can hop in and out of tape without missing a piece to some elaborate theme. If there is one thing that ties the songs together at all, it’s Logic’s expressive bragging. Each song, without fail, finds Logic stating how talented he finds himself as he offers a warning to those still sleeping on him.

He does, however, fill the thematic void however on a smaller scale, within certain songs. “Wrist” is broadcast from the perspective of a Colombian drug lord moving cocaine into the U.S. and Pusha T raps from the viewpoint of none other than the American drug dealer selling it on the corner. “Super Mario World” is another concept track that primarily focuses on video game references. “44 Bars” slightly puts the boasts on ice for a few minutes as Logic raps about his current peaks and valleys with fame. 6ix does a great job flipping Barrington Levy’s “No War” into a smooth sample for the boom-bap ballad. Logic rhymes ever so humbly expect for casually claiming “I’m one of the highest earners on the label” — just in case you forgot.

If anything, this mixtape was therapeutic for Logic and his friendly boy-next-door personality. As one of the game’s most technically talented new faces, feeling underappreciated is the perfect recipe for a mixtape of this tone. Bobby Tarantino won’t ever be considered the magnum opus of Logic’s catalogue but it bodes well as a palate cleanser before his junior album drops later this year.*

Update: Logic says there won’t be any album this year. Maybe he’s trying to throw us off the scent for another surprise release but at any rate, add the mixtape to your cue on Spotify.

@ScottyGlaysh @HipHopDX nice write up! No album this year though.