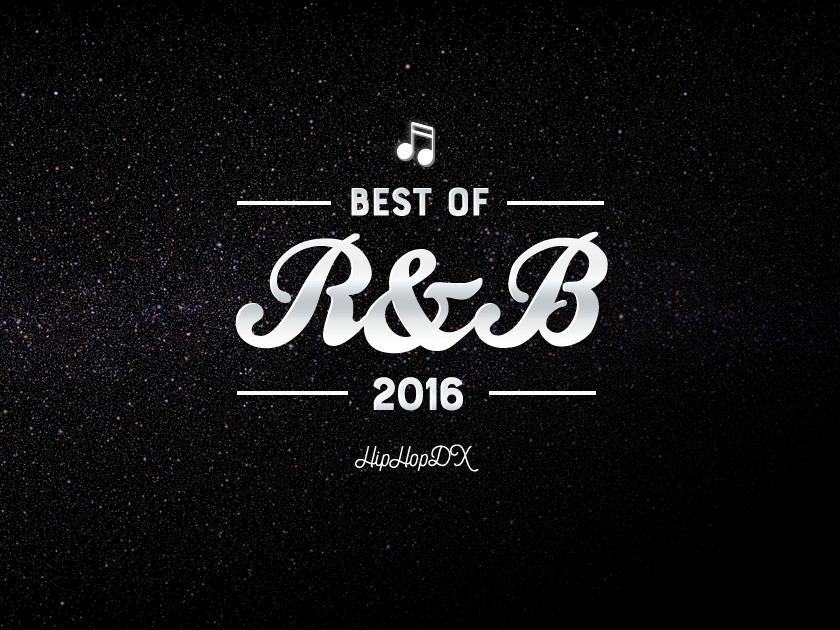 What happened to R&B they ask? Well, in 2016 rhythm and blues had a pretty solid year. It may not have been the crying-in-the-rain, I-want-my-girl-back, nay-hoo R&B, but it has been much more reflective of the culture’s Netflix & Chill generation, while also bringing important social and political issues to the forefront.

R&B nowadays doesn’t require the impeccable vocals of Auntie Aretha or Barry White and this list proves just that. A good melody, a relatable tale and airy production to vibe out to is all you need. Word to BJ The Chicago Kid, Solange, Childish Gambino, Kaytranada, Anderson .Paak and of course, Beyoncé.

Baelani returned after her suicide attempt with this gem, looking for The Joker to her Harley Quinn. The sultry hit also scored a pivotal scene for the anti-hero box office smash, Suicide Squad.

Solange’s A Seat At The Table took the world by storm and it was her optimism toward the reality of racism and violence that propelled the eye of the hurricane. It’s “For Us, By Us,” no bias.

Usher pulls out all the stops, including his “Master P,” for the Young Thug-assisted pop-tinged R&B number about love, which ironically comes from his eighth studio album, Hard II Love, so it must not be that difficult after all.

Nowadays, anything featuring Drake is going to blow up. The PND collaboration is no exception and finds the pair flawlessly delivering their smooth vocals over slow, rolling bass.

Queen Bey gives new meaning to the word “poetic” at the beginning of the track when she imagines what her lover would say at her funeral. With its contagious hook and “take no shit” attitude, it’s female empowerment at its finest.

The Canadian-based singer lays down an upbeat, dance-friendly number revolving around the primitivity of human nature, and reels in the listener with the catchy hook.

Those unfamiliar with Gambino’s earlier work won’t mind the intriguing, Funkadelic-inspired direction he takes on the Awaken, My Love! single. Those who were expecting more of a “rapper,” however, might be confused.

Drake and Rihanna’s “Work” was undeniably great, and had us all wondering if the two were the real deal. This close runner-up will have you confident in leaving the ones that deserve you.

Drake is refreshingly honest about the struggles he has in relation to his fame and gives ample amount of insight into what it’s like being unable to trust those around him as the slick, laid-back grooves move the song along.

Anderson .Paak released one of the best projects of the year in Malibu. Joining forces with the King of the South on an already-epic track is just more proof he can’t be stopped.

The simplistic hook on this song is impossible to forget, almost to the point that it’s annoying, but that’s what a good pop song does — gets stuck on repeat. Paired with Drake’s generous vocal contributions, it’s a win-win.

This track (and music video) from Solange’s A Seat at the Table proved she was more than just Beyoncé’s sister. Showcasing her vocals over a smooth melody, this record reminds you that you are not alone in this world. The remix with Common made it even better.

Bey’s video for LEMONADE‘s lead single caused a lot of controversy, but clearly, that was the intention. Sinking cop cars, Big Freedia, booty shaking, and hot sauce tied the speaker-rattling track together, slaying the competition.

Drake effortlessly brought dancehall and reggae back to the States. The record marks Spotify’s first billion-stream song, beating out Major Lazer’s “Lean On.” Only Drizzy.

Anticipation takes center stage as the Canadian powerhouse purges the excitement he feels about a new, different kind of love. He hits a few high notes and keeps things simple as he sings to the stripped-down melody.

Rihanna created an anthem for the females with this one. The visuals say it all, as Rih embarks on a full-blown mission to kill. Don’t mess with Badgalriri.

Established artists generally don’t elevate their craft after several years of activity. Especially when they have nothing to prove. In the same year she celebrated her 30th birthday, Solange Knowles tapped into a focused synergy that balanced airtight melodies and topical consistency that mirrored much of the 2016 African American plight. Passionate music with a message will forever stand the test of time and while Big Sister Bey obviously fired on all cylinders this year, DX determined that A Seat At The Table was the R&B fixture your house speakers couldn’t go without in 2016.