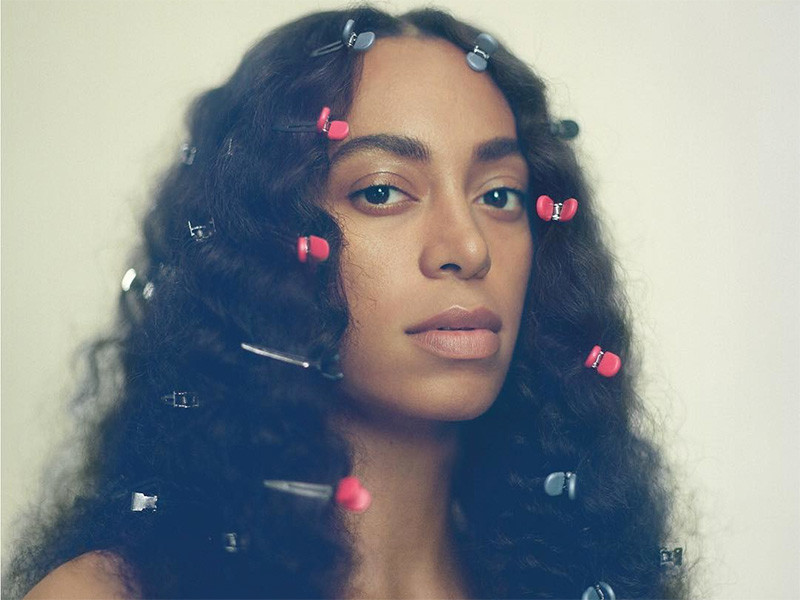 Forget everything you think know about Solange Knowles. Forget that her DNA is attached to one of the most iconic entertainers to ever bless the music scene. Forget about her heated skirmish with Jay Z on that fateful night in that elevator. Forget about her reputation of a surly “clapback” social media coercer, and try to focus on the superb artistry presented to us through her fourth album, A Seat at the Table.

In an era where African Americans are being viewed as merely target practice for the men in blue, this intrepid soul is standing in the eye of the storm with her muzzle off. On A Seat at the Table, Solange, 30, is courageously hosing down the opposition with her candid words of fury. In a country where violence begets violence, Solange uses the studio as her refuge to craft a project to combat the bigotry and ignorance occurring today in America. Rather than stir a loud and boisterous Lemonade caliber of record like her older sister, she calmly swats away her racist detractors with silky and unruffled vocals.

Her Sampha-assisted track “Don’t Touch My Hair” is a sparkling example of how to tell an oblivious white lady walking down the street, “Hey, you can look, but don’t touch.” “Don’t touch my hair/When it’s the feelings I wear/Don’t touch my soul / When it’s the rhythm I know/Don’t touch my crown/They say the vision I’ve found / Don’t touch what’s there / When it’s the feelings I wear,” she sings on the opening verse. “F.U.B.U.” is probably her most brazen attempt to kick white America away from the proverbial lunch table of brotherhood. “All my niggas got the whole wide world/tell them niggas that it’s our turn / This us, some shit is a must / Some shit is for us.” Solange also injects optimism to her brothers who have been battered by the heavy hands of racism by singing, “When you driving in your tainted car/And you’re criminal, just who you are/But you know you’re gonna make it far.” To make sure her point is crystal clear, she addresses the issue of cultural appropriation by singing, “Get so much from us / Then forget us”, as she continues to sip her tea in utter amusement.

Besides seamlessly illustrating the racial issues plaguing America, what stands out the most is her level of production with its sonically riveting orchestration provided by the likes of Questlove, Raphael Saddiq and Dave Longstreth, among others. For most of the album, Solange is able to effortlessly glide over funky beats including her funk-laden record “Junie.” Even when she aligns herself with marquee artists like Lil Wayne (“Mad”) and Q-Tip (“Borderline”), she isn’t grappling for the spotlight. A level of togetherness and unison is sonically apparent, especially on “Mad.” Instead of portraying his signature whimsical side, Wayne showed up to the party decked out in his best attire, ready to unleash his darkest skeletons. “Are you mad ‘cuz the judge ain’t give me more time?/And when I attempted suicide, I didn’t die/I remember how mad I was on that day. Man, you gotta let it go before it get up in the way,” he raps with a preternatural sense of clarity.

If Chance The Rapper is singlehandedly carrying the torch for Black Boy Joy, it’s only right we place Solange alongside him because she is Black Girl Magic personified, especially through her newest endeavor. The harmonic roadmap of the album could be considered sparse and loose but the message is indubitably inclusive for those who choose to openly adopt the sentiments. Erase the tagline of her simply being ‘Yonce’s sibling, and embrace her for being a formidable artist, because A Seat at the Table is her strongest work to date.