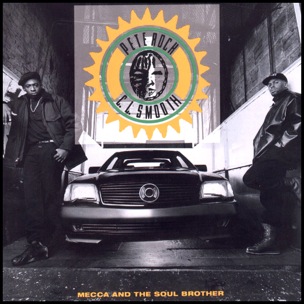 Earlier this week, Philadelphia, Pennsylvania veteran Hip Hop collective Jedi Mind Tricks released their seventh studio album, Violence Begets Violence. When the project was announced weeks ago, it was met with some fan criticism for the album marking a departure for JMT founding member/producer, Stoupe the Enemy of Mankind.

While the ultimate response to JMT’s lineup change and sonic direction remains to be determined, this is not a new phenomenon to Hip Hop. From Rap’s top superstars today through some veteran groups, there have been a history of artists and producing parting ways after multiple acclaimed and/or commercially successful albums. The end results different, and sometimes the fans/art calls for a reconnection down the line. HipHopDX wanted to show you 10 examples, and break down the history and outcome of the music we love.

Replaced By: Develop, Filthy, The Runners, Deezle, Cool & Dre, others

Result: 2005’s Tha Carter II is widely considered Lil Wayne‘s best solo album to date. It was here, without his trusted mentor Mannie Fresh that Weezy F. Baby stepped into the future with his wordplay and delivery. The multi-platinum effort also succeeded without any super-producers, a quality that was certainly the opposite of Tha Carter III three years later. TC2 was instead built by the production teams responsible for many of Wayne’s mixtape masterpieces. Mannie Fresh’s financial falling out with Cash Money Records was at the root of this change, although the pair reportedly remain friendly to this day. If a Hot Boys reunion ever does happen, expect another credit together, others Wayne bounced from Bounce a long time ago.

Work Together Again: No

Result: After the major label deal with Atlantic Records led to critical acclaim and a commercial disappointment in 2005’s  The Minstrel Show, Little Brother went from a trio to duo with 9th Wonder‘s exit. Rapper Big Pooh and Phonte went forward, making 2007’s Getback without the Soul-sampler’s approach – one of the things that was believed to be an impetus in the split. 9th did maintain a lone credit on the work, the Lil Wayne-assisted “Breakin’ My Heart”

, but the group’s musical consistency went a la cart with their final ABB Records release. Faced with living in the shadows of a modern masterpiece in TMS, Getback‘s wings were clipped by fans and critics from the start, and the response to a quality album was marred with controversy surrounding the group’s lineup. In 2011, with Pooh standing by, Phonte and 9th Wonder have begun working together again, and made Charity Starts At Home, while the Little Brother name has been confirmed dead by the three men who birthed it.

Result: Jay Dee’s departure from Slum Village greatly impacted one of the most celebrated groups of the 1990s underground. The group picked up a premier emcee in Elzhi, but Baatin was on his way out due to health problems. The Capitol Records-backed major label debut lacked the sonic identity found in the two Fantastic albums, but Dilla understudies and associates filled in nicely as Jay Dee also contributed two more tracks to the crew – as he did throughout the Villa’s remaining discography, though never rejoining. Without their producer (and arguably lead emcee), S.V. was never quite the same, and the group was marred more by who wasn’t there versus the talented members who stayed on board.

Result: Evil Dee and Mr. Walt helped give Black Moon, Smif-n-Wessun and O.G.C. a mid-’90s sound that absolutely thumped in the track. Dee, a member of Black Moon, was known for his signature filters and reportedly dubbed DAT tapes to cassette, and then back to DAT to get a Walkman-influenced sound for the Brooklyn Boot Camp Clik. As Duck Down Records expanded, so did their arsenal. Baby Paul, Rich Blak and Chocolate Ty briefly joined the Brothers Delwgarde. With all the acts coming from the same neighborhoods, and using the same producers, the expansion led to Da Beatminerz breaking from the Clik for some time, as people like 9th Wonder and Pete Rock stepped in for full album’s. Evil Dee and Walt remain close to Duck Down to this day, and Black Moon performs together, though a fourth album remains unmade.

Common And No I.D.

Result: Common‘s MCA Records debut, Like Water For Chocolate was a breakthrough album for the Chicago emcee loved by the B-boys and B-girls throughout the previous decade. Working with Jay Dee (who had just left Slum Village), allowed Comm to tap into a bouncier sound that had crossover appeal in “The Light”

while DJ Premier’s brilliant scratching and sample-work on “The 6th Sense” gave Common a hit with certified street appeal. Through the G.O.O.D Music family, Common and No I.D. exclusively are at work on The Dreamer, The Believer, the emcee’s first project with Warner Brothers, and the early samplings hint at career “resurrection.”

Result: Last year, 20-plus year group Cypress Hill revived the Priority Records imprint with Rise Up. The group’s longtime member/producer DJ Muggs was reduced to a few co-production roles, after making an astounding seven albums with his Soul Assassins sound. The legendary Los Angelinos cracked the charts, but were not met with the warm reception found throughout their career. More puzzling, B-Real produced more tracks than Muggs, while the onetime hit-maker for House of Pain and Funkdoobiest remained active, doing full projects with Ill Bill and Sick Jacken. Muggs remains in the group, but Rise Up appeared to be the handy-work of an A&R without a clue.

Replaced By: Jeru The Damaja

Result: The Dirty Rotten Scoundrel whose name is Jeru had appeared on two classic Gang Starr albums, and had two classic albums produced by Gang Starr. Signed to Payday/Ill Kid Records, Guru’s production company, Jeru received some of the finest beats to ever leave D&D Studios on The Sun Rises In The East and Wrath of The Math. After a reported falling out with Gang Starr (that some even say got physical), ‘Ru made his own self-produced album in Heroz4Hire. The Damaja’s career was never the same since, proving that he (like Group Home) were most listened to with that crisp sound that came from the Foundation. Jeru’s onetime protege, Afu-Ra stepped in his vacancy and made some early ’00s slappers. Although Jeru and Premo are seen together again at tribute events, it’s been a decade apart.

Work Together Again: No

Result: Sampling is expensive. Seven years after their debut, and a consistent track record, the three Long Islanders decided they could hold it down without their longtime producer/mentor Prince Paul. Truth be told, Paul’s name in the credits often over-shadowed production work from De La’s deejay, Maseo, who had helped craft many of the Native Tongue group’s most loved hits. For their fourth album, Paul went to work on Gravediggaz‘ The Pick, The Sickle And The Shovel and Chris Rock’s Roll With The New, while De La tapped into that Jay Dee energy and proved that they were more than capable in the studio. Sounding totally different than 3 Feet High & Rising or De La Soul Is Dead, Stakes Is High is often considered the trio’s finest work to date.

Result: After the break from the message and style Goodie Mob was used to in World Party, the group appeared deeply confused. Cee-Lo Green went solo, while T-Mo, Khujo Goodie and Big Gipp went to Koch Records. The trio remained working with Ray Murray of Organized Noize in a small capacity on the project (and Sleepy Brown on a hook), but the guidance offered by the veteran Atlanta collective was gone. The group drifted into mediocrity on this effort, with a sound reflective of their independent budgets and title message to Mr. Green. The last Goodie Mob album is the least memorable, as this group (with their production mentors) are back in the studio as we speak for We Sell Drugs Too.

Result: The Mount Vernon, New York duo made one of Hip Hop’s most beloved hits in “They Reminisce Over You (T.R.O.Y.).” However, the pair was not reminiscing enough, with their on-again, off-again status throughout the mid-to-late ’90s. After a botched reunion at the top of the following decade, C.L. Smooth stepped out and made an album with only a lone contribution from the Chocolate Boy Wonder. American Me employed the chipmunk Soul sound heard with the Dipset, courtesy of Heatmakerz, with some help from Naughty By Nature‘s Kay Gee. The Shaman Work Records release was solid, but proved, like in Gang Starr’s case, how important a producer was to getting listeners. The guys are touring again, and it’s unlikely to see any performances from either of C.L.’s solos.

What are some of your examples of this phenomenon? Satisfied with the results?