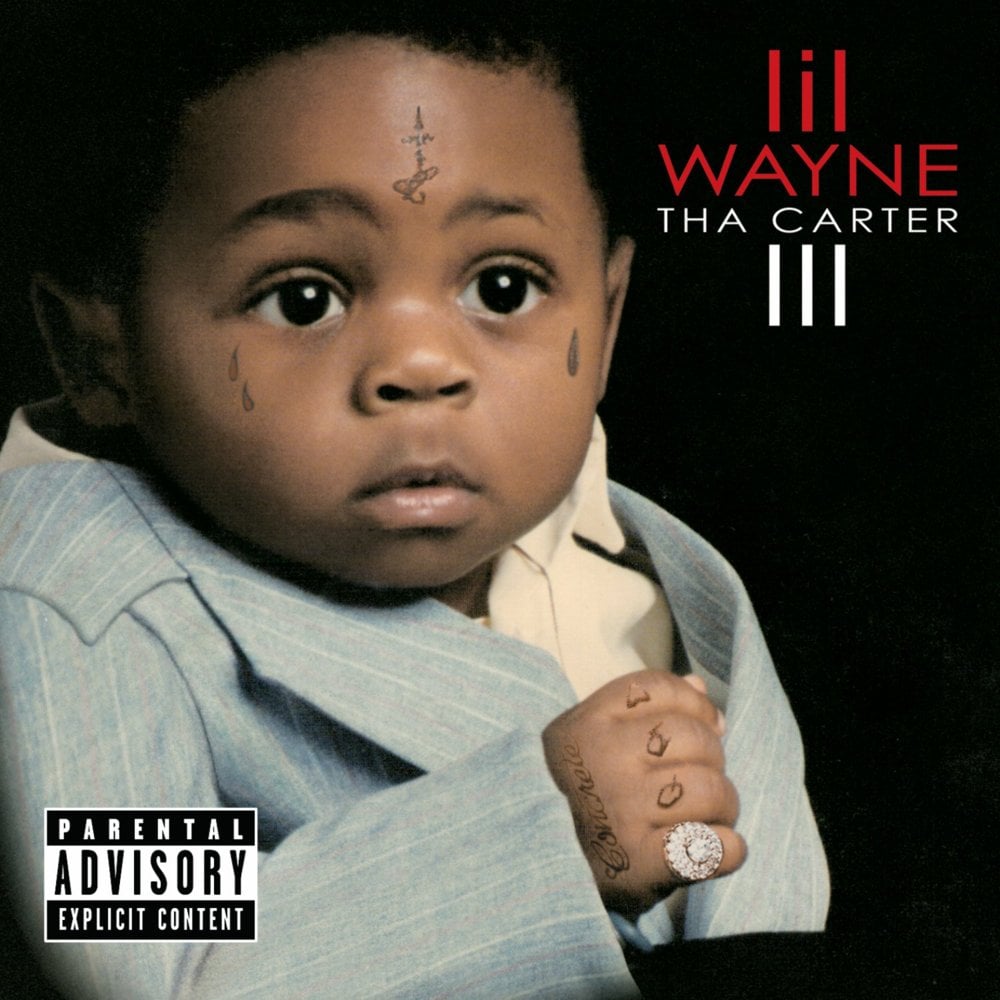 Lil Wayne is easily the most hyped artist in the music industry over the past couple of years. The Carter III is, without a doubt, the most anticipated album of the year. Now that we’ve gotten that out of the way, let’s dissect Tha Carter III without an extensive character analysis of Lil Wayne. We all know his behavior is equal to that of a bonafide rock star – whether we like it or not. And whether you like him or not, everyone is curious what Lil Wayne can do for a wheezing Hip Hop industry on Tha Carter III.

This review isn’t about Lil Wayne‘s antics. Nor is it about who he is as a person. This is about the immensely anticipated album that is Tha Carter III. As with everything Weezy F Baby does, this album will be just as talked about as his Styrofoam cup toting, rock star image. Tha Carter III encompasses it all: The good, the bad and definitely the ugly.

There are those that perceive Wayne as the new “greatest rapper alive” because of his numerous guest appearances and his progression from Hot Boy to sizzling emcee. There are others who simply aren’t too sure that the hype is well deserved. Tha Carter III speaks to both critics and fans loud and clear.

There are moments that Lil Wayne puts together that simply electrify. The David Axelrod sampling on “Dr. Carter” is Weezy at his finest. He crafts a luminous concept of utilizing his rhymes to breathe life into a culture on life support. Too many quotable moments to cite here, but just know that Wayne accelerates through the Swizz Beatz offering as if not only his life, but the existence of Hip Hop culture, depended on it. As “Lollipop” became the questionable lead single, it is hard to believe that there is a more radio friendly offering than the collaborative effort featuring Babyface with Kanye West behind the boards on “Comfortable.” As Babyface careens in and out of Mr. West‘s soulful offering, Wayne pulls off an easy to digest joint. The brooding guitar plucks and marching drums of “Shoot Me Down” pull off an intense musical atmosphere. Wayne does the song justice by not overpowering the production and instead allowing it to build momentum as he creeps through with lines like: “Pop I did it to ’em/I’m a bastard/and I’m a do it again like nigga backwards/cause these niggas backwards/but behind us/Now watch me get high like time’s up.”

Unfortunately, all is not well in Wayne‘s world. What is truly unfortunate is how “Mr. Carter” underwhelms. The Lil Wayne/Jay-Z collaboration looks too good to be true on paper – and unfortunately it is. Both Wayne and Jay give solid performances, but neither take it to that next level as many would expect. One would also assume that T-Pain hopping aboard “Got Money” would equal instant success. That certainly is not the case. Both have put on stellar guest offerings in the past but don’t seem to mesh well over the Play-n-Skillz production. Elsewhere, Kanye West and Deezle serve up a three course platter of beat building ready to be torn to shreds on “Let The Beat Build” but Wayne just doesn’t seem to have the appetite to eat this track alive.

The album also gets lost in Wayne‘s spewing of gibberish throughout. On many of the songs Wayne bounds about aimlessly as he seems content with putting words together for the sake of putting them together. “Playing With Fire” finds Wayne all over the place lyrically and upon further inspection his rhymes don’t make too much sense and it becomes easy to believe that he doesn’t write any of his lyrics down.  For further evidence of the often confusing ramblings, the sprawling (and aptly titled) “Don’tGetIt” flounders around for just under ten minutes and will leave even the biggest Weezy pole jockey dozing off during his misdirected rants and long winded clowning of Al Sharpton.

Of all the “WTF” moments on the album, “Mrs. Officer” is the definitive head scratcher as Wayne discusses sexing down female police officers. An awkward moment indeed. What makes “Mrs. Officer” a humongous flagrant foul is Bobby Valentino‘s mimicking of a police siren on the uninspiring hook.  His claims of being a Martian on “Phone Home” aren’t too far fetched, but the hook borders on becoming a bit strange. The claims of being “rare like Mr. Clean with hair” are clever, but the spaced out production of Cool & Dre, coupled with the awkward sci-fi hook, can be a bit much on the senses.

But with pulse pounding moments like “A Milli” pounced and ripped to shreds by Weezy, all is not lost on Tha Carter III. The expectations may have been set too high for Wayne as he too seems to have become lost in his own intoxicating cloud of hype. The blame could partially be put on the fans for magnifying the concept that Wayne can do no wrong because they salivate to fill the void that Jay-Z has left in the game. There is no doubt that Dwayne Carter is a talented artist who has the potential to become a king amongst peasants in the industry. But like Kobe Bryant, Vince Carter, Anfernee Hardaway and Grant Hill early in their careers, a premature crowning of being the next #23 can be equally damaging as it can be inspiring to a young career. Tha Carter III is flashes of brilliance surrounded by a number of rookie mistakes made by a young veteran of the game. Let’s see what Wayne does when stuck under the microscope of criticism and continuous comparisons to the greatest artists of our time from here on out.