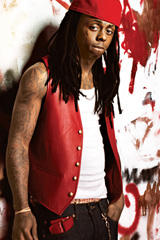 Before Lil Wayne was the biggest thing in Hip Hop since the SP-1200, he was just another emcee looking to make his own way in a clouded Hip Hop setting. Before the locks were long and the ink on his body was present, Lil Wayne was watching the Hot Boyz falling apart, but found himself slowly climbing the mountain of success. Before mixtape DJ rants and Styrofoam cups filled with sizzurp, Lil Wayne didn’t mind sitting down with HipHopDX to discuss his first entry to The Carter series. Check out this classic interview straight from DX‘s vaults. You’ll find that Weezy F Baby was every bit as cocky as he is today. They say money doesn’t change the man, rather make him more of what he is. For Lil Wayne, that statement couldn’t be closer to the truth.

HHDX: Where were you at for The Carter.

Lil Wayne: Lyrically I was on top of Mt. Everest because nobody could touch my lyrics. Lyrically, more mature. No pen and pad, which has been that way for like two or three albums. More thought into it. More creativity. Making the songs stand for more. Production-wise, this time I got the music and did what I wanted to do. I used to let them hear my song and they would make the music. But that was when I was writing and now I hear the music and within 10 minutes I