RZA Explains His Love Of Art, Compares Himself To George Washington 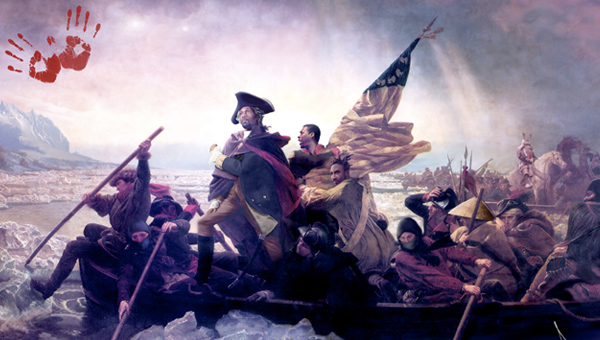 Speaking to DX, RZA spoke about his general interest in visual arts, and the diversity in his collection. “My art collection is different from what people would call an art collection. I have some pictures that are worth money because they are gifts from friends who will send me some $10,000 shit. But my wall is decorated with a poster of Jimi Hendrix that only cost me $50. But I love Jimi Hendrix. I have a poster of Bruce Lee that I got from the martial arts supply store. The frame cost more than the picture. But then in my dining room is a drawing that one of my wife’s cousins did about 20 years ago that her grandmother had, and this person is not famous for nothing, but I put a $5,000 frame around it. I made it famous. So that’s one thing I do when it comes to my art collection.” The bi-coastal Rap icon said that his pad closer to his New York birthplace is a bit more decadent in terms of art. “But go to my other house in New Jersey, and you’ll see all this art I brought back from Egypt that was expensive. But then go in my studio and you’ll see Kung Fu movie posters hanging all around. So to me, art is a choice thing. And [its] value is actually the value we put on things. So something that’s worth five dollars to you is worth $5,000 to somebody else, based on their love and their desire for it.”

Although the 1770s and the 1990s may seem vastly different, the innovative producer compared himself to the United States’ General and first appointed leader. “George Washington was the first American President, started the American Revolution, tried to bring freedom and justice to his nation of people and bring out their philosophy and their ideas with the Declaration of Independence and all these things. Same with Wu-Tang Clan, we were bringing out the ideas of Hip Hop, the ideas of freedom of expression. At the time, Hip Hop was very glossy, I felt the true Hip Hop emcees weren’t making it. I also felt that Hip Hop wasn’t being represented even by the other [hardcore] artists, even though I got much respect for the other artists: Public Enemy, A Tribe Called Quest, De La Soul, all of them. But the producers that were producing Hip Hop weren’t emcees, they weren’t break-dancers, they weren’t graffiti writers. They didn’t have all these Hip Hop elements combined in ’em, into one being. That’s what I am. I was a graffiti writer, a deejay, a break-dancer, as well as an emcee. I took all those elements and I became a producer, a new form of Hip Hop; taking the beat machines and all that. So I see me being the same kind of pioneer as George Washington, causing a revolution in the game.”

Learn more about the prints at WhenArtImitatesLife.com.