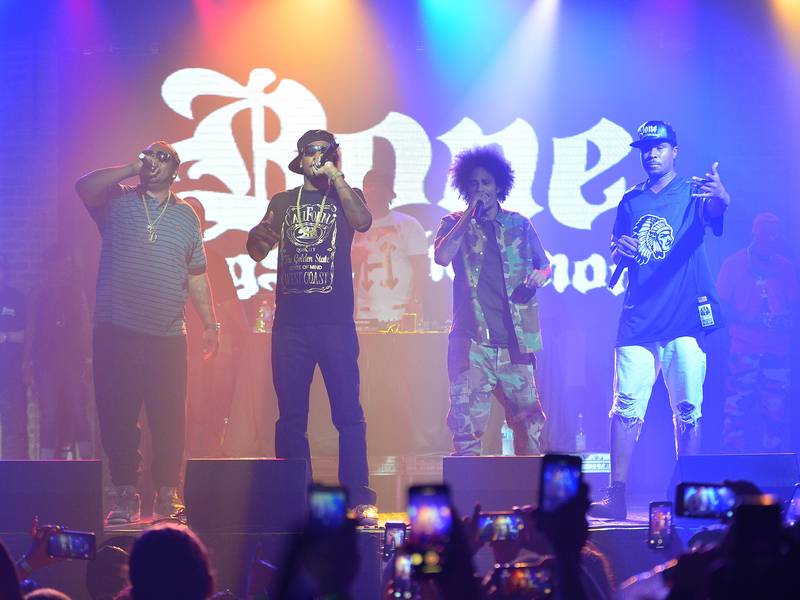 HipHopDX – This week in Hip Hop, a Japanese rapper hopped on a flight to Cleveland in search of Bone Thugs-n-Harmony and ended up getting robbed. Also, Joe Budden opened up about Slaughterhouse’s demise and Nas said he wants the Illmatic nostalgia to end.

A Japanese rapper named Ryo Muranaka took a 6,000-mile flight to Cleveland hoping to meet his heroes Bone Thugs-n-Harmony. Instead, he was left robbed and stranded in the city.

“I thought I could get in the US in exchange for my CD,” Muranaka told Fox8 Cleveland. “No. No plan. One-way ticket.”

Luckily, Bizzy Bone has offered to fly Ryo Muranaka back to Japan. However, Krayzie Bone has warned fans to not follow in Muranaka’s steps.

“I will also say this to other fans and artist that are looking to do the same thing as us or this gentleman did — follow your dreams by all means, but you have to be very careful when you go to places you know nothing about,” he told DX. “We’re not from the suburbs, we’re from the ghetto.”

Read more about the Japanese rapper and Bone Thugs-n-Harmony here.

Budden talked about the group’s status on an episode of his YouTube series Pull Up with Bandana mastermind Freddie Gibbs.

“But my fight, with that even, without the extra Eminem bullshit is just ownership,” he explained. “I cannot devote this much of my time to a project, eat a fourth from the project, and then it have to go up the chain of command [at Shady Records]?”

Nas Is Over “Illmatic”

During an interview with Haute Living, Nas said he’s tired of celebrating his iconic album Illmatic.

“I don’t want to celebrate another Illmatic anything,” he said. “I’m done. Ladies and gentlemen, thank you for appreciating that record, but it’s over.”

Illmatic was released in 1994 to much acclaim and has been widely regarded as a classic.

In an exclusive interview with DX, Philthy Rich discussed his beef with Mozzy and revealed the longtime collaborators still aren’t on good terms after they exchanged several diss tracks.

“We haven’t talked or seen each other since then so I don’t know,” he said. “I don’t take it threatening. I’m really not too much worried about it but salute to him. I wish him much success. We just gotta agree to disagree.”

In DX’s two-part interview with Conway The Machine, the Griselda Records lyricist spoke about the support system that helped him after he was shot in 2012.

“[Westside Gunn] was very instrumental in my bounce back,” he noted. “West would always make sure I felt the way I’m supposed to feel. I didn’t feel less than, if that makes sense.

“He’d always make sure I had some fly shit on, pulling up on me when he could’ve been anywhere in the world. He’d sit in the house, him and sis, and just chill with me over there and just order some pizza. It’s the little shit. Giving me the talks about what we gonna do, what we about to do. Building my confidence.

Check out Part 1 of our Conway The Machine interview via this link and read the second half here.

“I picked an email with Lacey.Duvalle1982 in it,” he said. “If you put the birth year in, people just go, ‘Oh my god, it must be her.’ Then I hit up everybody and they all got back to me immediately. To answer your question, I would say what it taught me about life is one, vaginas are incredibly magical. I knew they were magical, but now I knew they were even more magical and they knew no bounds.”