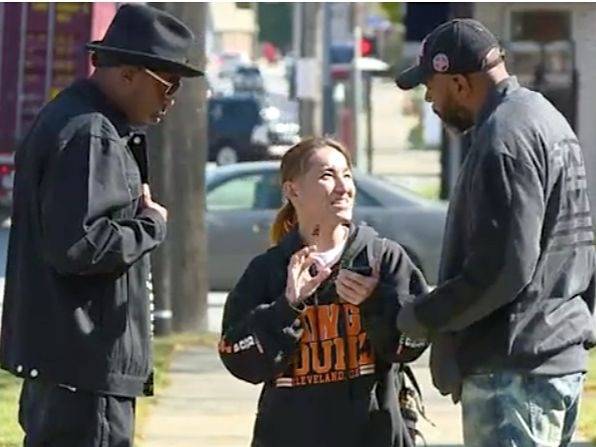 Japanese rapper Ryo Muranaka reportedly sold everything he owned to travel 6,000 miles from his home in Japan to Cleveland’s east side in hopes of meeting Bone Thugs-n-Harmony. According to Fox8 Cleveland, the iconic Hip Hop artists are Muranaka’s “heroes.”

But once he arrived in Cleveland, he wasn’t met with the welcome he’d wanted. In fact, local activists James Norton and Kwas Bibbs found him alone, broke and robbed of his luggage.

With the help of an interpreter app, Muranaka told the news outlet he thought all he would need to get into the United States was his album. He admitted he had no idea how he’d get back to Japan.

“I thought I could get in the US in exchange for my CD,” Muranaka said. “No. No plan. One-way ticket.”

Now, Muranaka’s temporary permission to be in the U.S. has expired. However, the offices of U.S. Sen. Sherrod Brown and Rep. Marcia Fudge said they were attempting to find a solution.

Norton and Bibbs said Muranaka was able to meet Layzie Bone who was kind enough to briefly put him up in a hotel.

Krayzie Bone heard about Muranaka’s predicament and initially thought he was one of their superfans who consistently roll through the area Bone Thugs got their start. He soon realized Muranaka was different. But, he points out there’s a lesson to be learned.

“My initial reaction was I didn’t think too much of it because we’ve had so many fans throughout our careers come from around the world to 99th St. Clair either looking for us or trying to take photos,” Krayzie told HipHopDX. “I thought it was just another fan, but when I heard this dude sold all of his belongings to come to Cleveland I was like, ‘WTH?’

“I commend him for his determination and passion for what he’s trying to do because I can relate. I’m quite sure he heard our story and how we pursued Eazy-E and this is what inspired him.”

Krayzie continued, “But I will also say this to other fans and artist that are looking to do the same thing as us or this gentleman did — follow your dreams by all means, but you have to be very careful when you go to places you know nothing about.

“We’re not from the suburbs, we’re from the ghetto. The area we grew up in is not nice by any means, and I’m just thankful all they took from him was his luggage and not his life because it gets real like that. So, be very careful and have some kind of plan.”