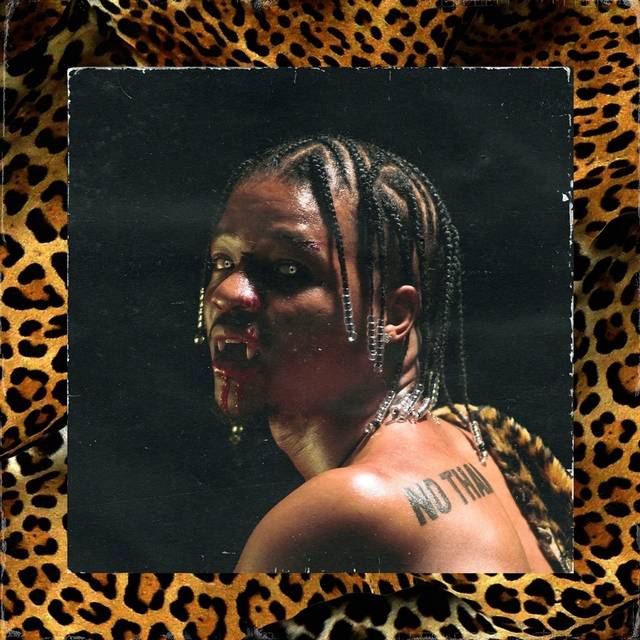 Chicago has long been home to artists that transcend classification, breaking the barrier of what’s considered Hip Hop. Supa Bwe (pronounced supa boy) has continued the trend, following in the footsteps of Kanye West, Chance The Rapper and Open Mike Eagle as another Windy City native subverting the norm. The 30-year old rapper has been in the game since 2012, releasing music as a member of the Hurt Everybody collective, a group known as a driving force of the underground in the Chicago Hip Hop scene in the early ‘2010s, until internal differences caused them to disband in 2016.

Since then, Supa has embraced the grind of the independent artist releasing his debut solo album Finally Dead in 2017 and after a year hiatus dropped his Just Say Thank You EP back in April of 2019. Just 5 months later, he’s returned with his latest EP Jaguar, an abrasive, melodic blend of aggression and harmony.

Drawing influence from acts such as Rage Against the Machine, Dance Gavin Dance, Master P, and Prince, among others, Supa delivers a mix of punk, metal, dance, trip-hop, and R&B packaged under the guise of Hip Hop. Across eight tracks, Supa shows his willingness to experiment sonically, while still showing off his rapping prowess and vocal range.

“Glock 19” begins with bedroom pop styled synths backed by Auto-Tune-caked croons fitting the dreamy aesthetic. As the track winds down though, the dream spirals into a nightmare with Supa scream rapping over a hollow and cold instrumental about past transgressions in his life he has come to regret. It’s just one example of the way Supa can switch tones on a dime, jarring the listener.

Supa enjoys distorting experience evidenced by his club banger from hell “Survival” with a vibe feeling like the unconscious chaos of lights, drugs, and inebriation, tied in by his pitched down vocals and erratic drums complimenting the loss of control.

Yet despite all the ideas that work, the consistency varies from cut to cut.

A song like “Deep End” features gorgeous chimes but sounds unfinished fading out just as it begins to build steam.

Meanwhile “Animal” suffers from rough vocals that overshadow the beautiful piano lines. Supa’s attempt to set a salacious vibe sounds stunted and out of place given the rest of the material on this release.

He’s more at home when he’s making mad scientist level mixes and unleashing his inner Jaguar. No track better exemplifies this than the tribal ultra-aggressive banger “Look.” Backed by a looping siren straight out of The Purge, vibrating bass, and bouncing drums, Supa snarls through his verses with vigor and moxie. His wailing hook comes out like a rallying cry, “Told my Mama ‘look we ain’t gotta struggle no more,’ ugh/I been in the trenches with the heat, going crazy/Made a hundred thousand dollars off this fucking burner phone/Made a hundred thousand dollars with this fucking burner pole.” Supa’s infectious energy pairs perfectly with the cold-blooded cadence of his fellow Hurt Everybody collaborator Qari, showing off their impeccable chemistry. It’s the type of song made for the mosh pit.

Despite a mixed bag of material, when Supa dials in and plays to his strengths, he shows off a knack for chaotic creation and an uncanny energy that demands attention.

As he prepares for his upcoming album No Thanks, Jaguar serves as an excellent placeholder keeping fans engaged until the Chicagoan can refine his talents to fully realize the vision he continues to polish.