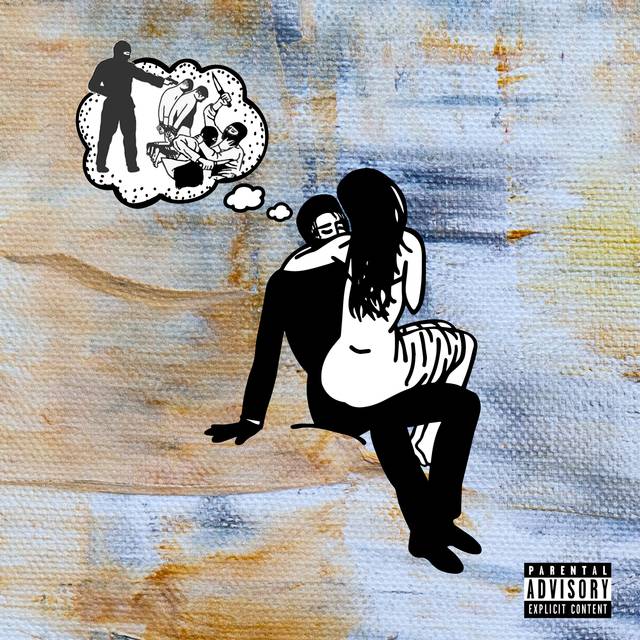 Since 2012, Supa Bwe has been a fixture in the Chicago Hip Hop scene. With his 2017 debut album Finally Dead, he showed that he was unafraid to experiment with melody and incorporate elements of other genres. Two years later, on his new EP Just Say Thank You, Supa Bwe once again proves his skills as both a collaborator and curator. Though at times songs seem like they are drafts for grander ideas, the EP cements his status as a creative force.

Supa Bwe opens the EP on a gloomy note with “I Hate You,” a sluggish song that’s a bit of a drag to get through. Over dark and heavy production, Supa Bwe croons in Auto-Tune, “But I hate you, I hate you/ Baby, I don’t wanna leave you, make me understand you.” “I Hate You” leans too heavily on emotion while ignoring composition. The mood immediately shifts on the sensual track “Time For Me” with Rexx Life Raj rapping along to the slow guitar strums. Despite a solid verse from Raj, this song is also lackluster.

The pace picks up with “Rememory,” a gentle track featuring fellow Chicagoan Chance the Rapper. Chance’s soft delivery wonderfully contrasts with Supa Bwe’s more abrasive, off-kilter singing. There’s something oddly infectious about Supa Bwe’s verse. He unleashes a cathartic belt of emotion singing the line, “When I’m away, I lose my damn mind.” With a little more fine-tuning, “Rememory” could have been a certifiable hit. But as it stands on Just Say Thank You, it’s a charming first stab at a promising collaboration. This playful, whimsical vibe carries over on “BOOM BOOM BOOM,” a free-flowing track featuring Duffle Bag Buru.

“Rememory” and “BOOM BOOM BOOM” are clearly Supa Bwe’s comfort zones. It could have been easy for him to deliver a whole EP worth of tracks that are all warm and inviting. But as a dynamic artist, he’s more than willing to throw some curveballs. For example, “SLIPPIN/APEX” is a hard-hitting two-part banger that ends with the Chicago rapper showing off an angrier, more cut-throat side. Similarly, “PROBLEM/FUEL” is jarring but yet compelling, emulating the immediacy of a Death Grips song. The EP caps off with “Entropy,” featuring rapper and singer Dounia, is polished and jazzy. This sensual track makes for a logical conclusion to an EP packed with boisterous bravado.

As an EP, Just Say Thank You has a fleeting quality that may rob it from communicating a broader artistic statement. Supa Bwe is all over the place but it’s not out of aimlessness. Rather, his talents lie in eclectic collaboration and an ability to challenge listeners. Even with its rough edges, Just Say Thank You stands as a testament to the versatility and experimentation.