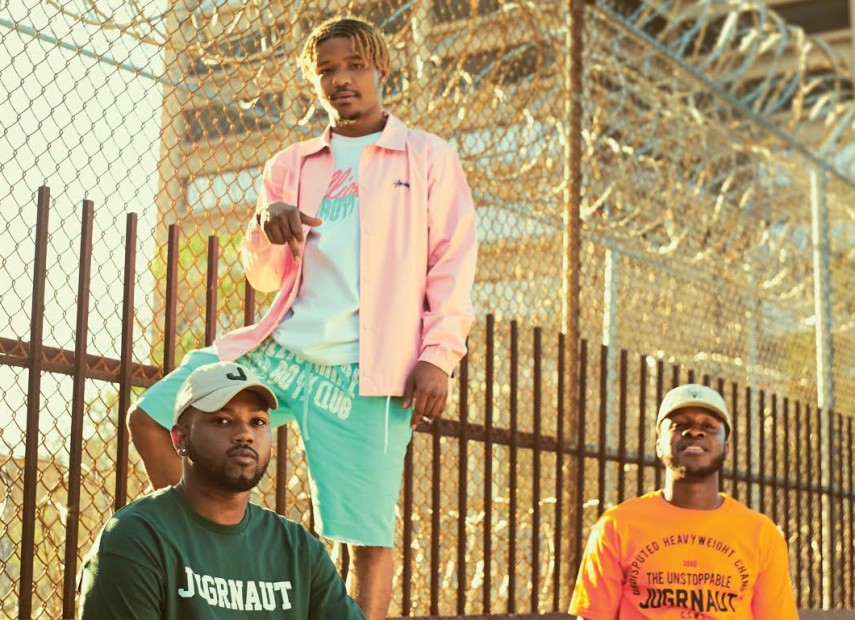 Chicago, IL – At 26 years old, Supa Bwe (pronounced “Boy”), is entering a new stage of his music career as he leaves Hurt Everybody, releases his Dead Again 3 project and sets out to leave a mark on the industry with a new group, Fight Me.

“I’m working on the first Fight Me project, which is going to change Hip Hop for the next six months,” he says in an exclusive interview with HipHopDX.

“UG Vavy, in my opinion is the hottest thing in Chicago — people just don’t know yet,” Supa Bwe says. “He can do everything I can do. He records himself in his bedroom, makes his own beats blah, blah, blah.”

He emphasizes that in his 10 years of making music with various bands, he finds that this similar mentality and commitment is what makes any group successful.

“The key to working with anybody, the key to any music group, the key to any organization or any group is tenacity,” he says. “If all people who are involved aren’t all in, then you not gonna do shit. It’s going to be a lopsided wheel, a wheel of broken spokes. Whereas with me and UG, what I can’t do, he can do — what he can’t do, I can do — and he can do what I can do and vice-versa. It’s just a very solid structure. Then we got Shepard for additional production help, and to help us like mix our shit better. I used to mix everything, but Shepard is a little more experienced. He has like sort of industry quality, but still kind of like DIY, but it’s getting closer to what we need to compete with bigger acts and such.”

i live in a fucking hole

Supa Bwe has already challenged the current state of rap as he transcends genres with his eclectic production and blend of melodies and rhymes. He got his music education at a young age as his English-born mother, who is Black, Native American and Scottish, listened to punk and metal including Rage Against The Machine and Korn. His father introduced him to Hip Hop and enjoyed listening to Master P.

“Growing up listening to all that, that’s the kind of music I started making,” he says. “I’ve been making music for 10 years so the first day I was like a metal band and I was in a jazzy indie band after that, like I’ve been in a bunch of bands. I just try to incorporate all of my favorite things that I heard growing up. Sometimes, I’ll have an Interpol-ish song stuck in my head and I’ll try to translate that down but then I’ll have like an 808 Mafia style pattern in my head so I’ll put 808s on it and then like some Drake strings and it becomes a multi-genre conglomerate of just contemporary music. I don’t think there’s any one thing I can blame influence on but I just pull influence from like music in general.”

He agrees with Ice Cube’s statements to defend N.W.A’s induction into the Rock and Roll Hall of Fame, saying that rock and rap have the same spirit.

“Everybody is saying, ‘Fuck you’ to somebody,” Supa Bwe says. “It’s all the same thing. It’s just going against morals and going against the established world. Like even right now a lot of resistance music is coming up because all of the tragedies that are happening right now and it’s like the same stuff in the 70s when all the hippies were rioting and all the music that came out of that.”

While Supa Bwe has yet to make a wave on the West Coast, he has developed a solid presence in Chicago. He has Mick Jenkins, Chance The Rapper and Twista on Dead Again 3. The up-and-comer says he’s been working with Twista for about a year and got connected through a friend who put the “Adrenaline Rush” rapper onto Supa Bwe’s music. When Twista called him up, Supa Bwe couldn’t believe it.

“I didn’t even think it was him — I thought someone was joking with me,” he says. “So, we kind of had a weird introduction of like ‘What the fuck, hang up’ sort of thing but he hit me up and invited me to his studio and we went to his studio and we hung out. He was just like a normal dude. I thought he was going to be all lavish and a superstar and he’s lavish in his own ways but he’s just a normal dude. We were just talking, playing video games and getting super high. We ended up getting along and making music all the time.”

i live in a fucking hole

Despite their friendship now, Supa Bwe still has a sense of awe about working with one of his favorite rappers.

“I was standing in the mirror when I was like 11 rapping ‘Kamikaze’ flexing my little-ass triceps trying to go crazy,” he says. “Now I’m smoking with him and sitting in a Phantom. It’s the craziest stuff.”

Supa Bwe has enjoyed the time furthering his solo career since leaving Hurt Everybody, a group that he spent a handful of years with. Being five years and six years older than the other two members, he decided it was time to move on.

“Our lifestyles are just completely different,” he says. “I’m a full-time musician. I don’t have a job. I don’t have anything else. I have certain obligations and deadlines and timetables I want to keep up with on music and they’re not at that point in their lives.”

He’s excited for this new chapter of his life with Fight Me. He has high expectations for what the group can accomplish as it drives in its own lane.